When a 26-year-old man purchased a Parisian studio apartment in Asnieres, he was at a loss with what to do with it. All the man knew was that he had a mere 25m2 to work with and that he wanted a full-sized bed he didn’t have to move or hide during the day. Knowing the layout had to be “just so,” he hired Margaux Meza and Carla Lopez from Transition Interior Design who would know how to take care of his needs. 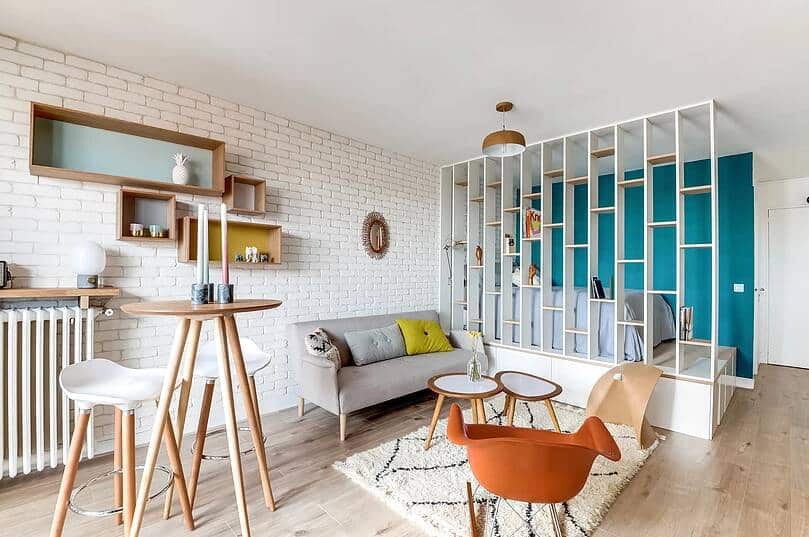 The studio apartment needed an entire refurbishment from floor to ceiling, which was no easy task on a budget. However, with smart thinking and affordable furniture solutions from IKEA, they were able to deliver. 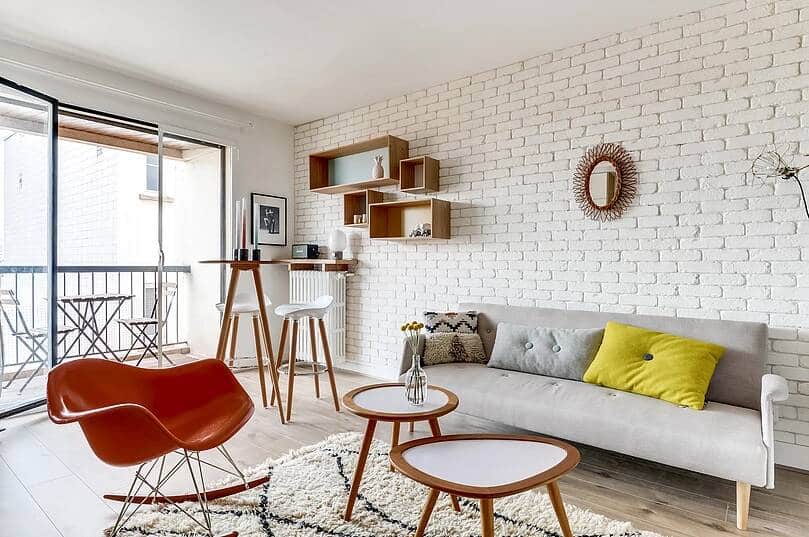 At first, the studio apartment owner wanted an American loft style home, but due to the apartment’s size, he was going to limit his light greatly. Therefore, the designers were able to point him in the direction of Scandinavian styling instead. 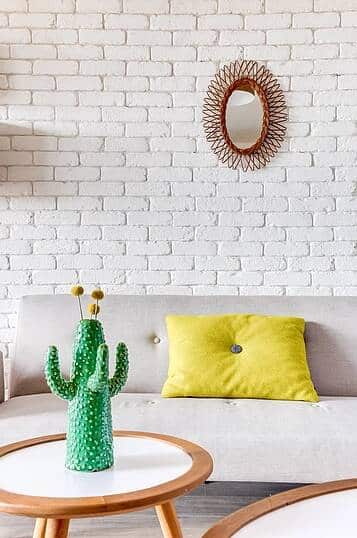 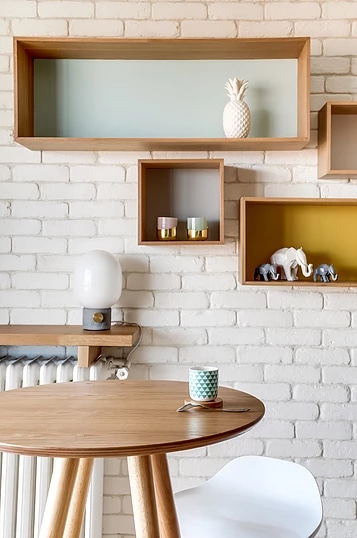 On the living room wall, the studio also gets its burst of Scandinavian style from the Castorama white brick facings. These, coupled with the nesting coffee tables and Maison du Monde shelving create a recipe for success. 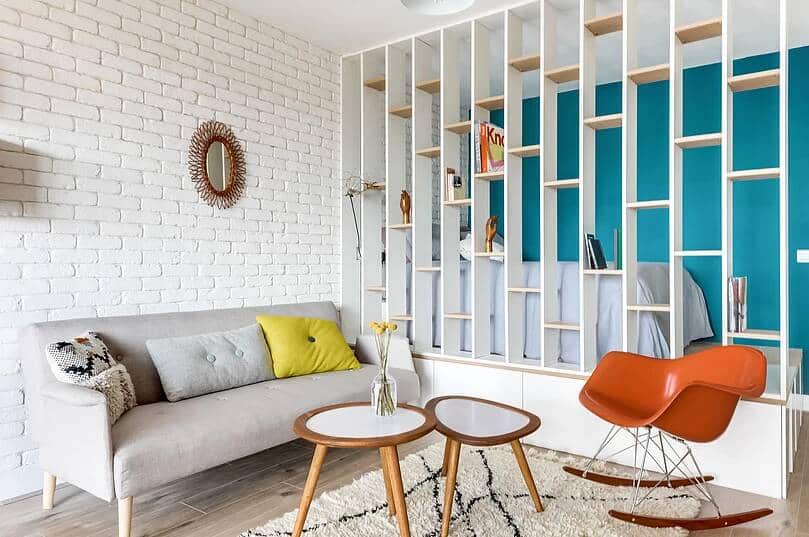 Without a mezzanine or sofa bed on the cards, the designers had to think smart. They created a sleeping area by reducing the living space to 13m2. However, instead of putting in a wall to separate it, they preserved light with a full storage wall. 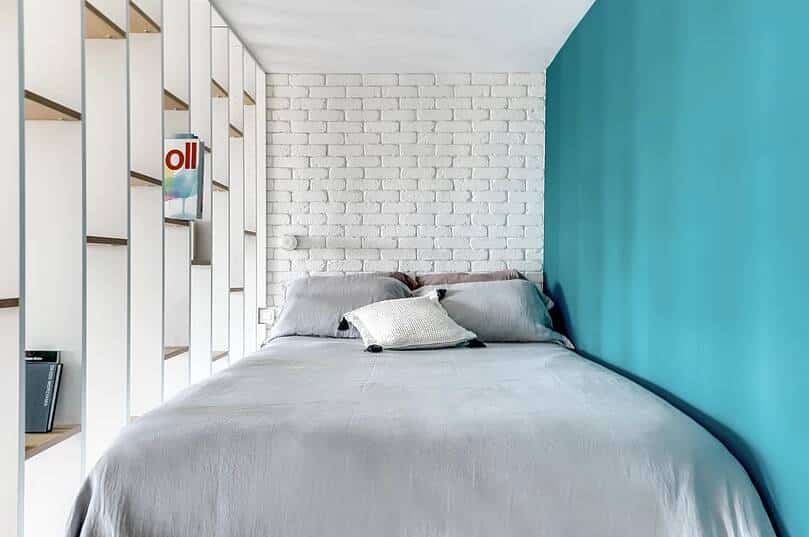 The owner could use this wall as a bookshelf, but also see it as a form of privacy from the living area. 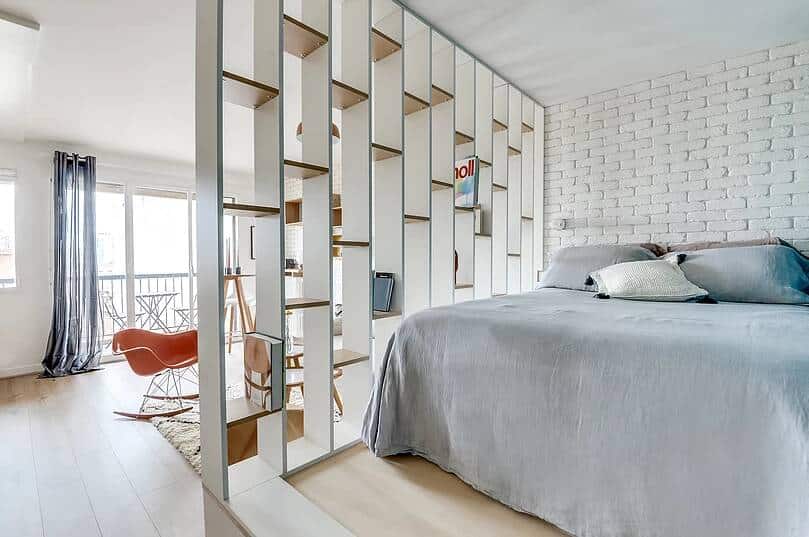 The bedroom is compact, but the bed is permanent. 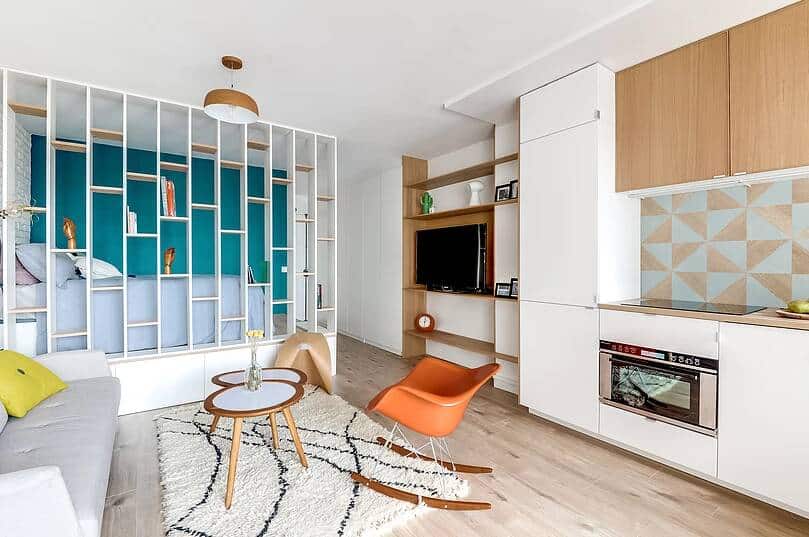 To add a sense of space, the interior designers also used light colors like turquoise blue, as well as wood tiling to lighten, brighten, and add warmth at the same time. 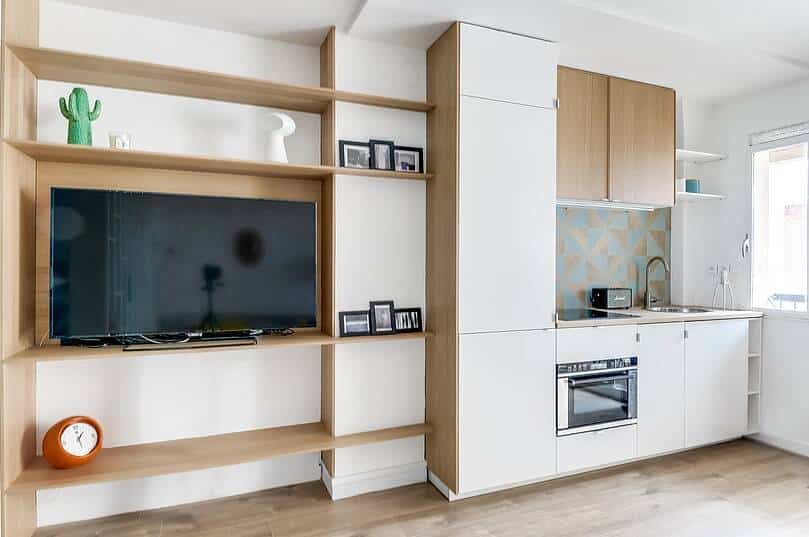 Other storage solutions came in the form of IKEA shelving which sat dotted around the kitchen and living area. 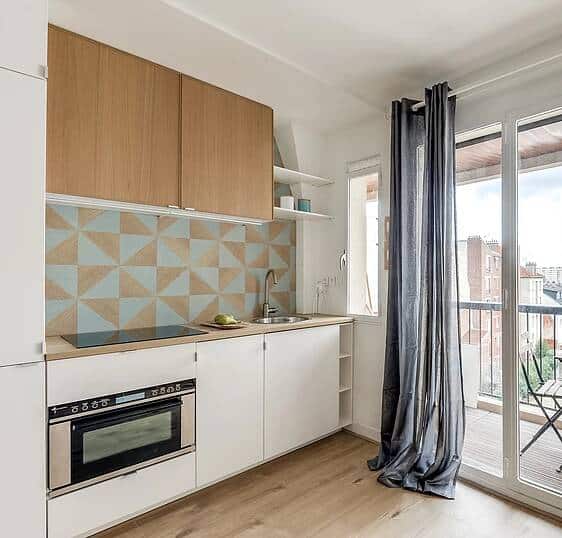 The kitchen delivers access to the lovely patio area. 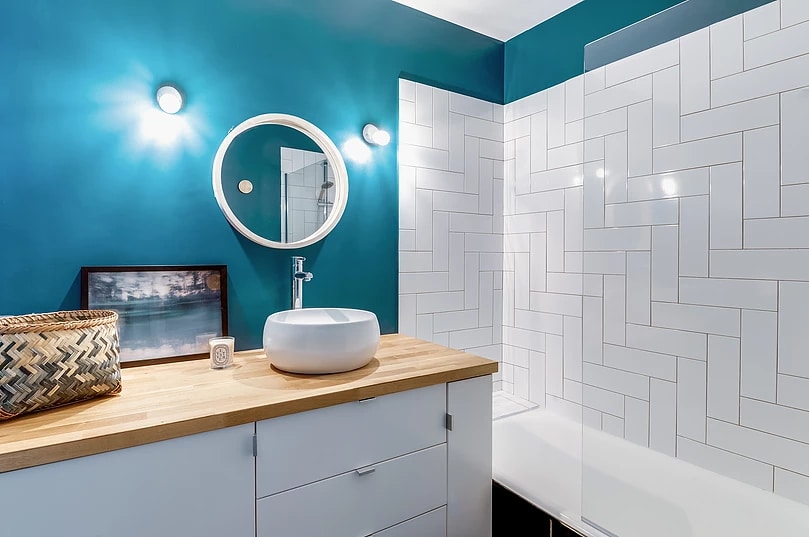 In the bathroom are IKEA kitchen cabinets and a glass wall instead of a shower cabinet. There are also tiles in a brick effect that blend in beautifully with the shapes in other parts of the home.