If someone told you they were going to build a two-bedroom apartment in a mere 35 square feet of space, you would think they were insane. However, that’s precisely what architecture firm llabb did. The Riviera Cabin, an apartment in a Ligurian coastal town, is a nautical-themed apartment in Italy that maximizes on every inch of space available. 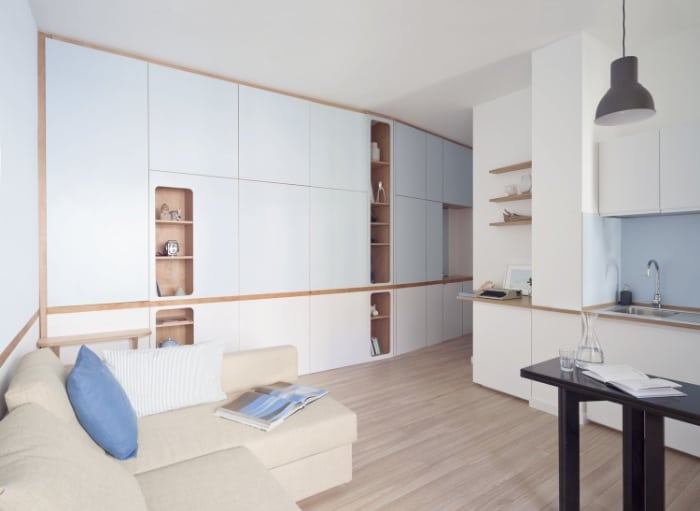 The standout component of this home is the equipped wall. Crossing the center of the apartment, it’s a multi-use wall that acts as both storage and entry to the sleeping quarters. It features laminated white and blue marine plywood, or okoume, and adopts many of the tried-and-true storage methods found in sailing boats. It also acts as a pathway, separating each area of the apartment while remaining as an unobtrusive feature wall. 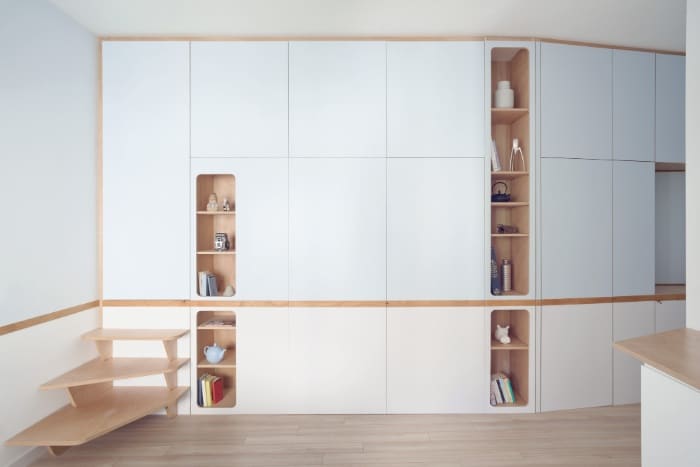 The first door is found up a few stairs, leading you to a raised bedroom. 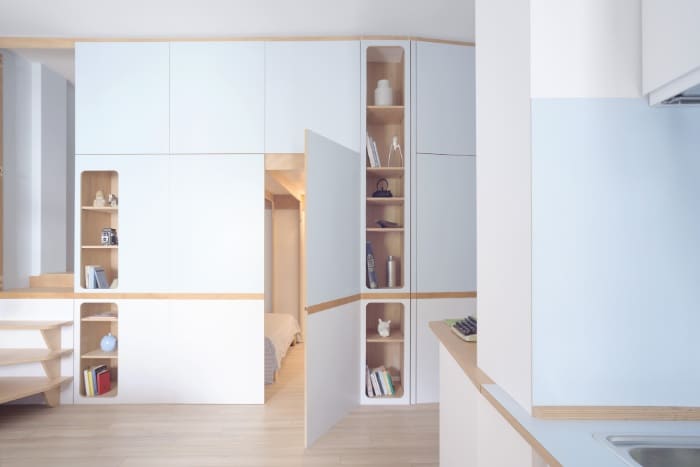 Adjacent is a small technical room that houses more items; then the third is the second bedroom. This room has space for a bed and bookshelf while getting its lighting from the double window in the living room. 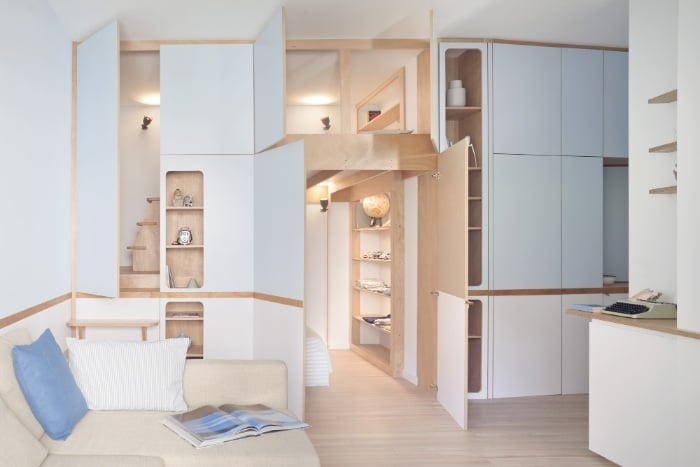 Further down the wall are a dressing room and wardrobe. This area overlooks the living area – an area that offers no giveaway of the split sleeping arrangements mere feet away. 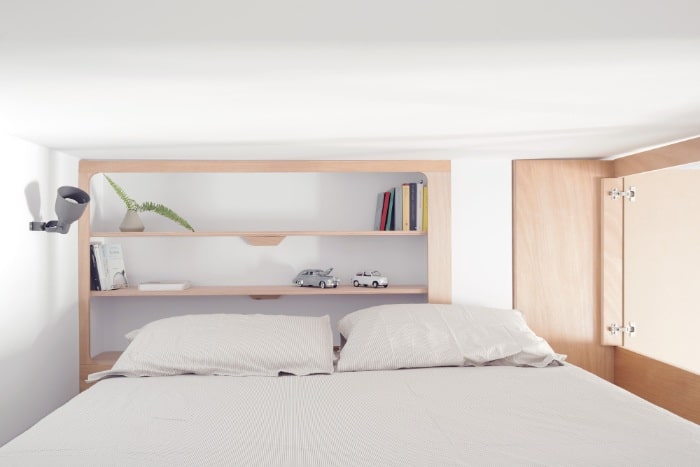 A small lofted bedroom sits neatly in one of the wall’s cupboards. 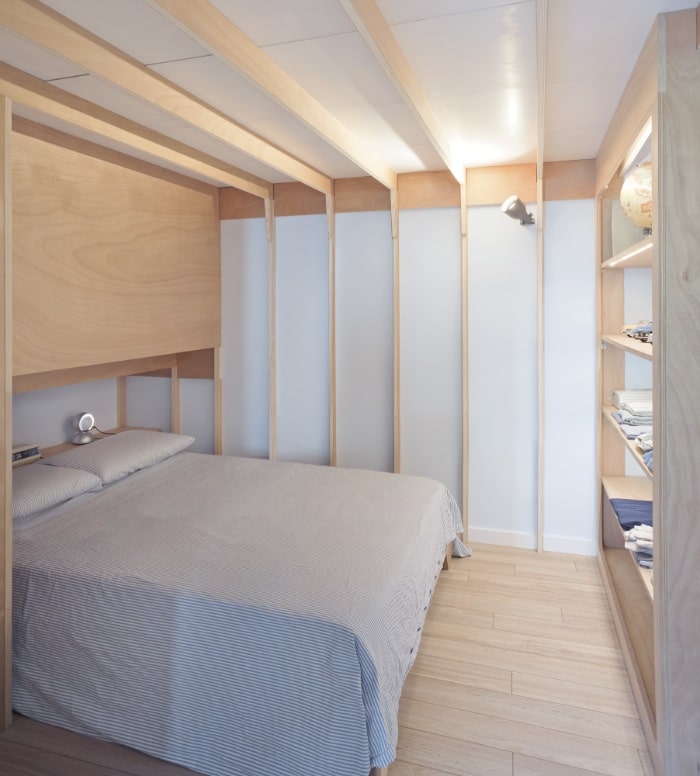 The main bedroom is on a split level, with a second bedroom and dressing room next to it. 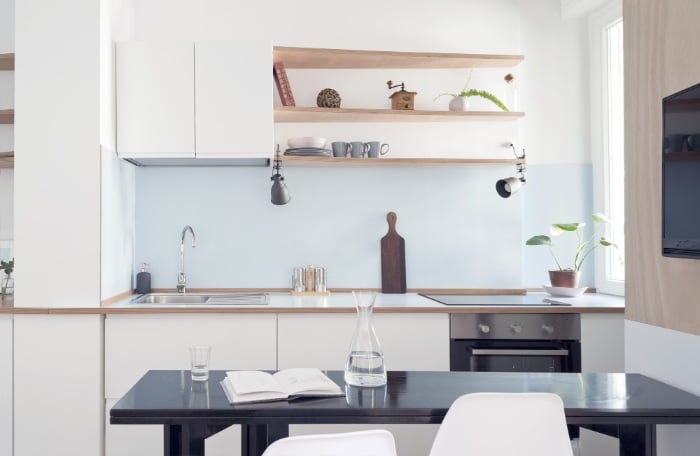 Finally, the kitchen.  With the same sleek, laminated marine plywood, the kitchen doesn’t look out of place. It also tapers inward, not dissimilar from the tapering of a sailboat. It also offers clean lines, storage, and wood to form part of that coastal theme while connecting with part of the living and dining space. The bathroom is hidden out of sight and out of mind behind the kitchen area. 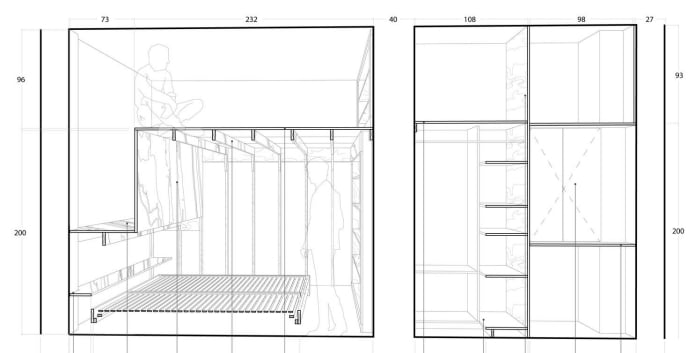