This small Parisian studio apartment is an explosion of vibrant colors

When Barbara and Quentin first saw a 33m² apartment in the 9th arrondissement of Paris, not far from the Moulin Rouge, they fell in love. It was everything they could want and more, but it still had more potential than it was letting on. 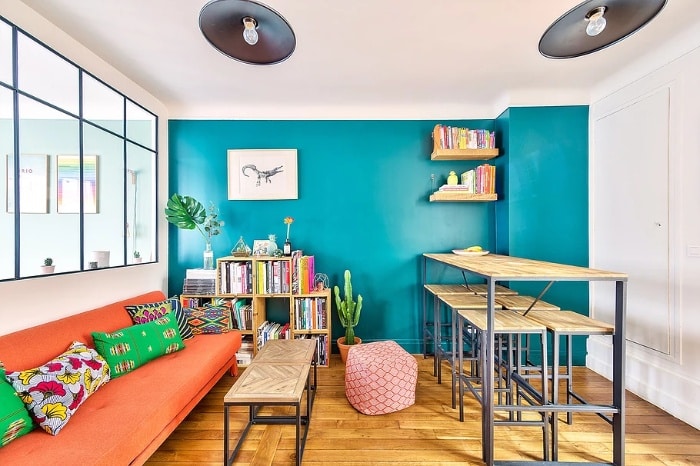 While it’s true that the “Exotic Green” apartment was compact and small, it needed a few homely touches and changes to bring it to life. It also required color – and lots of it. Quentin and Barbara enlisted the help of Neva interior design Margaux Carnevali, and they had their work cut out for them. The brief was anything but simple. The apartment had to be industrial but tropical, original but exotic, and colorful but hipster. It also had to gel together and that was no easy feat. 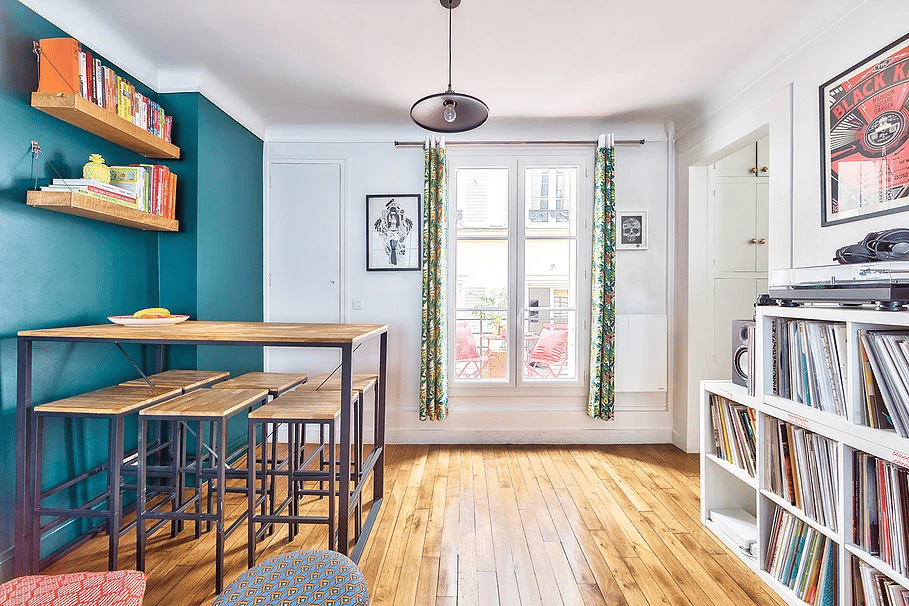 The living area also featured a vibrant teal wall, orange couch, and an eclectic mix of wood and metal furnishings for that industrial feel. The seating arrangement allows for six diners, while the white wall offers a perception of space. 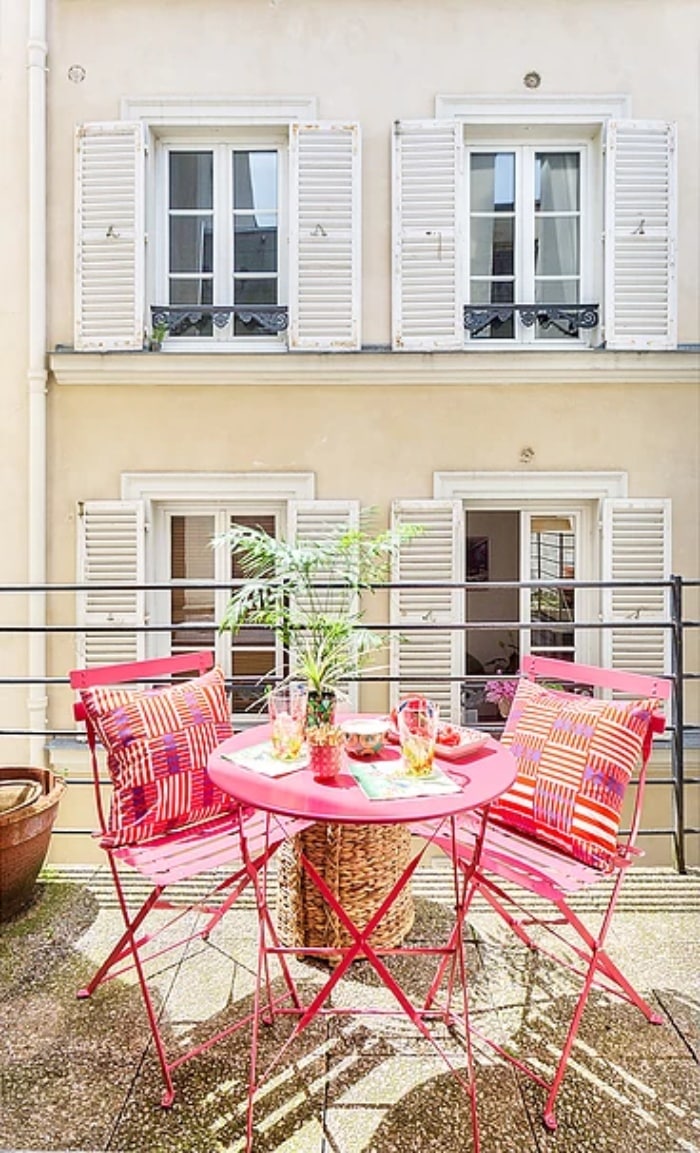 The apartment is true to its 9th arrondissement roots in Paris. 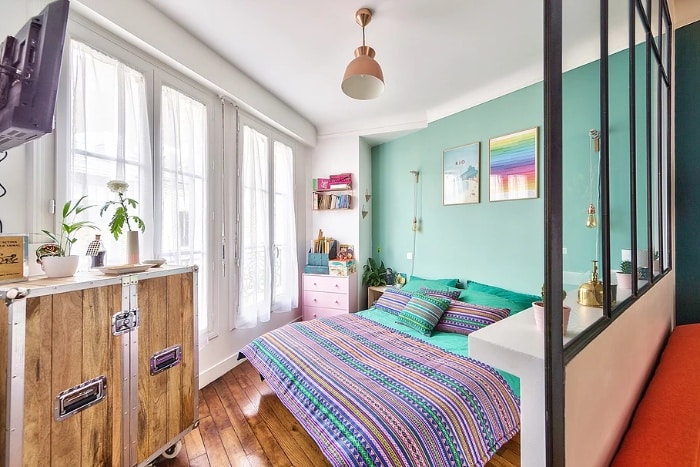 To make sure there was enough room for entertaining, the wall between the bedroom and living area was pushed back, then halved to offer a perception of space. 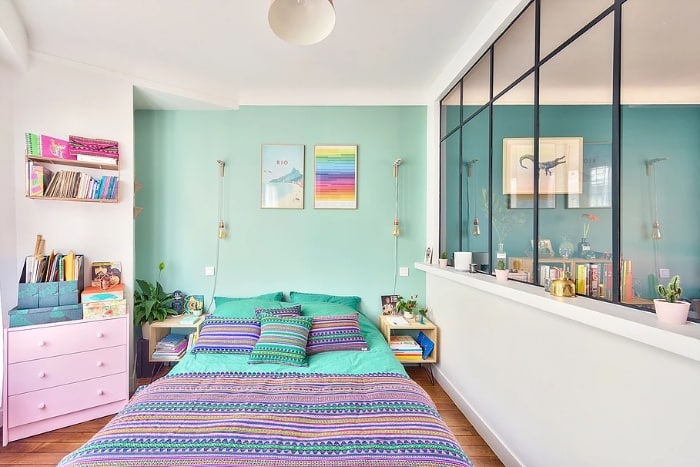 The bedroom opposite now had a glass partition, complete with unique and colorful furnishings to offer a sense of space and vibrancy. 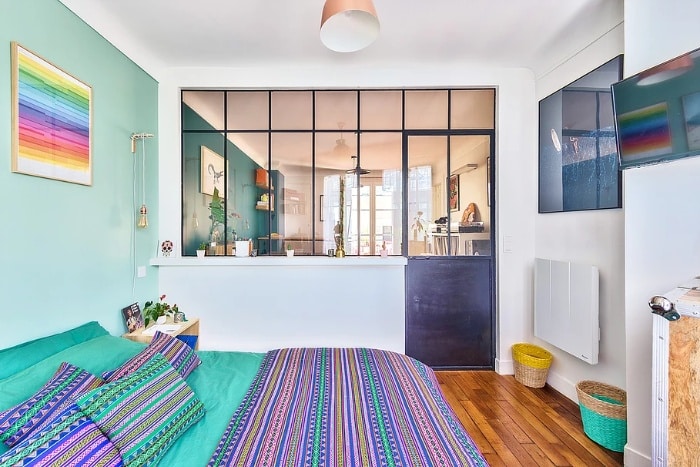 The once full wall now adds lighting and views from the living area to the bedroom.. 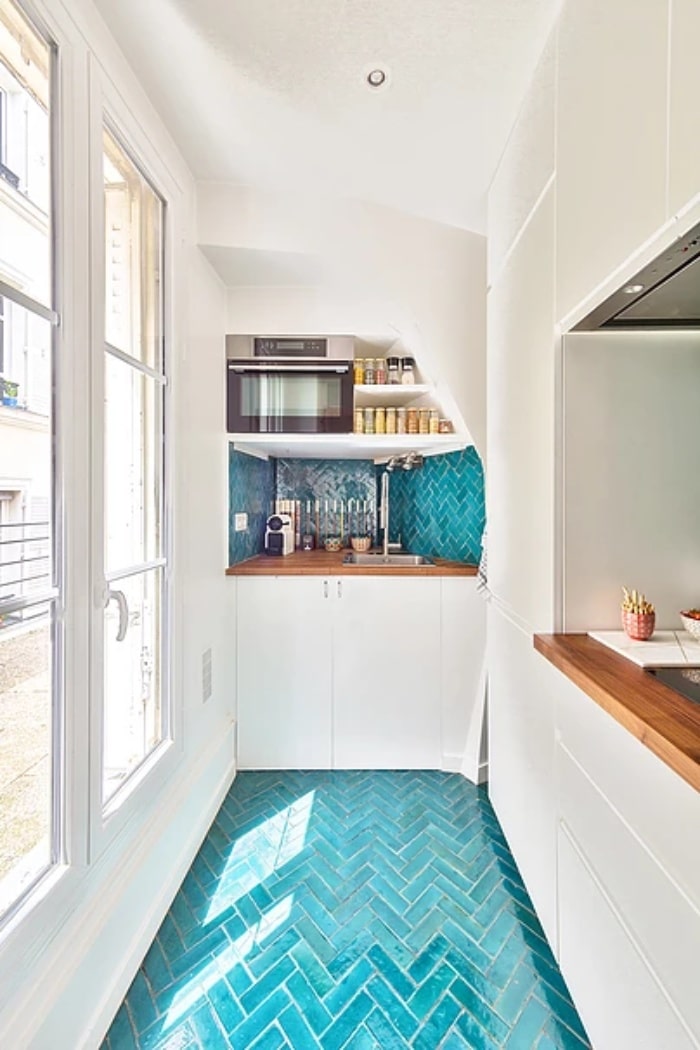 Margaux Carnevali covered the hot water tank in the kitchen with a removable hatch then hid the washing machine out of sight. 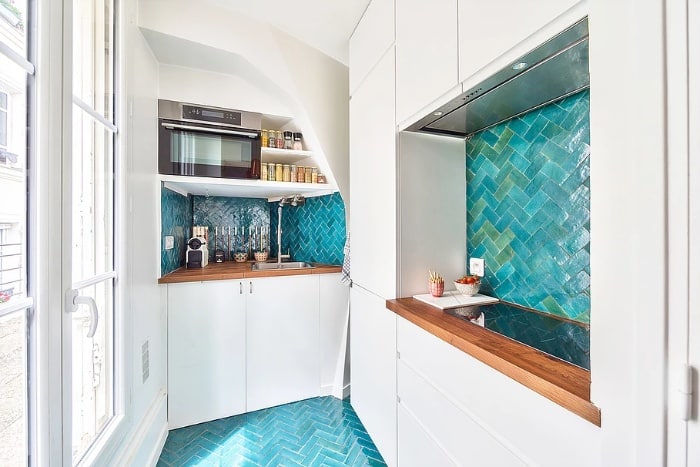 A refrigerator also sat neatly in the space, with cleverly organized shelves to allow room for the shower adjacent. Swing doors were also used to allow for the unique configuration and shapes. 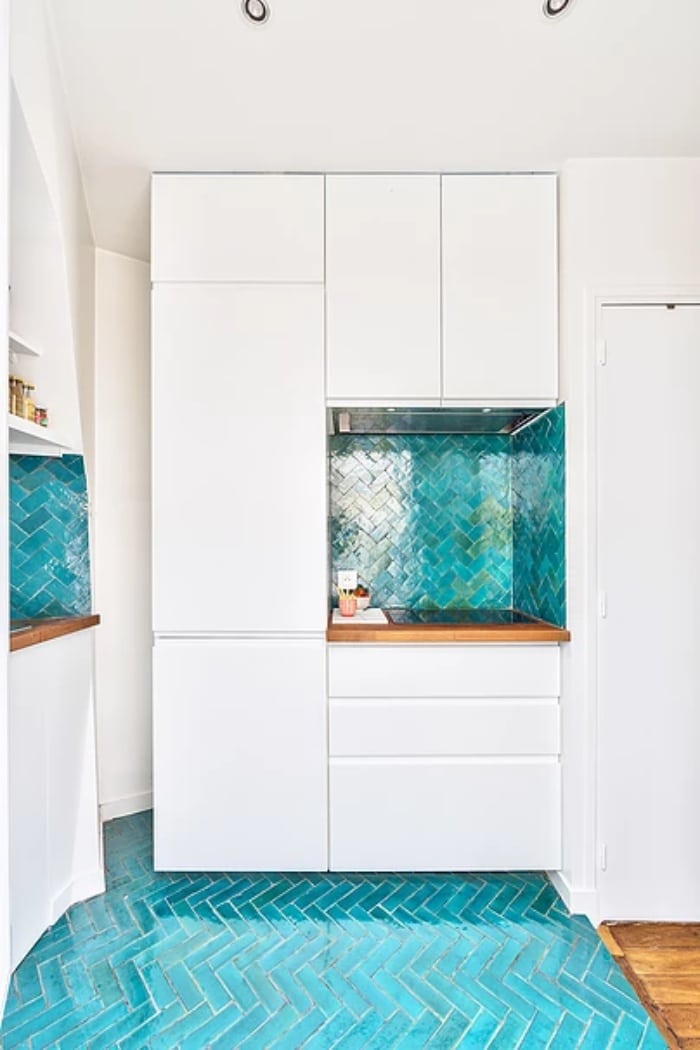 Storage is not lacking in this teal and white kitchen. 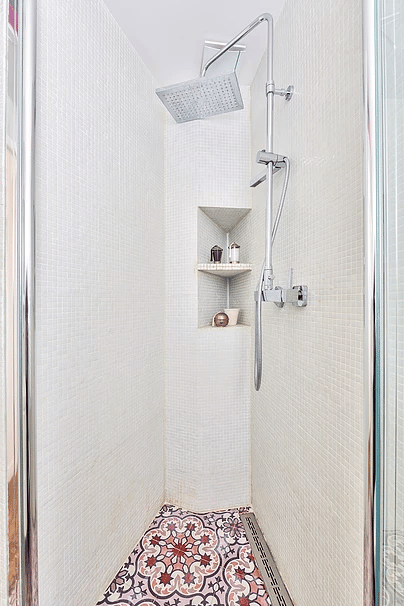 The bathroom featured outstanding tile work with hints of pink and purple while meeting the mark for that oriental feel as well. 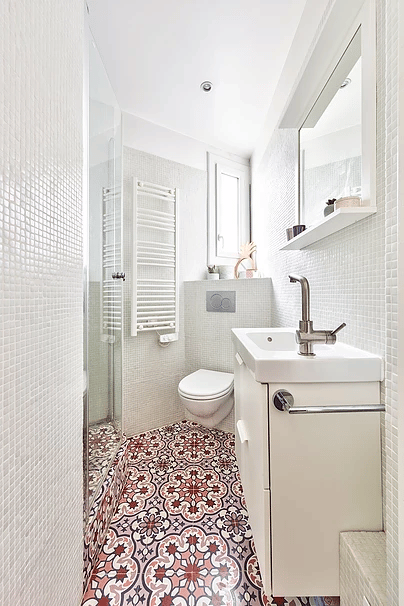 Given the confined space, the toilet hung on the wall, the vanity unit was compact, and the shower tucked into the corner.