Some people join Airbnb to earn money. Others do it to meet new people. But if you combine your passion with your desire to succeed, then you can end up like Jilan and Josh Wise, earning $23,000 through Airbnb bookings in under a year. Read on to learn how this dynamic duo managed to turn their tiny home hobby into a moneymaker.

Jilan and Josh had an ambitious goal, and that goal was to build a tiny house just under 200 square feet with a conservative $19,000 budget. It took hard work and a lot of patience, but they succeeded. Once the final piece of furniture was in place, they moved into ‘Blue Baloo,’ the tiny house in a trailer park in Las Vegas with their two dogs and two children.

Their ultimate goal, though, was to own a plot of land. Unfortunately, local laws state that you may only live long-term in a tiny house if you park it in an RV and trailer park. So, Jilan and Josh ended up purchasing a standard home with a plot of land, waving goodbye to their tiny home lifestyle.

But the journey wasn’t over. Given how much experience the pair now had with tiny homes, they decided to start a tiny home design and build company called Far Out Tiny Homes. One thing led to another, and by February 2019, they had begun renting out the Blue Baloo on Airbnb. The law may have stopped them from living in it themselves full time, but they were legally allowed to rent it out on a short-term basis.

Because the Wise family had lived in their tiny home for nearly two years, it had everything it needed to become a short-term rental for visitors. From pots and pans to cooktops and furniture, there was almost nothing extra they had to buy.

All they did was purchase new linen and towels, rugs, and a few extra décor pieces to set the mood and make it a desirable traveler’s haven. When they joined Airbnb, they also decided that welcome gifts would be a part of the service they offered.

These gifts would change with each season and could be anything from wine and chocolate to a ‘hangover kit’ organized by themselves. While their guests didn’t expect it, it was a pleasant surprise upon their arrival.

Perhaps it was these lovely touches and the overall tiny house experience that led Jilan and Josh to acquire a ‘Super Host Status’ on Airbnb within just 30 days of joining. Jilan said that Airbnb calculates the status every 90 days, and they happened to be on the tail end of the tally after having joined just a month earlier.

They managed to achieve this by being booked out nearly every day and by hitting every required benchmark. That status put them in a desirable position, as they could benefit from far more exposure than a typical host.

Jilan believes their local guide also proved useful in obtaining that status. The pair created a guide that listed the different bars, eateries, and shops that you may miss if you didn’t live in the area. They loved being able to help the local economy while also ensuring each guest had all the information they needed for a memorable stay.

And as it turns out, the guests loved it. Jilan and Josh received many compliments on their book, which undoubtedly added to the glowing reviews those guests left after their stay.

Reaching Super Host Status is one thing, but retaining it is another. This dynamic duo worked hard to ensure that their tiny home was squeaky clean for every guest – regardless of their stay length. Jilan said they would dust in every crevice and make sure everything within the house was spotless and well organized.

Within the second week of February – and their first month on the platform – Jilan and Josh had made $1,200. They were booked out consistently with both one-night stays and people who would stay a lot longer.

Jilan said they decided not to add a minimum stay requirement because it allowed for quick turn-around times. They could have people checking in at 3-4 pm, then checking out by 11 am. They could then quickly welcome their new guests with a clean in-between times.

When you realise that Jilan and Josh made $23,000 in less than a year, you may be wondering how much it costs to rent out their tiny home. Rate setting was a trial and error process, and they played with the dollar value until they struck a happy balance.

They charge between $95 and $125 per night, with a $25 cleaning fee. Airbnb offered suggestions on pricing structures, but Jilan says you also have to go with your gut. You have to think about how much you want to make and how long the tiny house will take to clean and prepare for the next guest.

They played around with pricing from $70 to $150 per night. At the lower end, they discovered that they would have unsavoury guests who didn’t treat their tiny home with respect. At the higher end, the number of bookings decreased. They quickly discovered that $95 to $125 per night plus a cleaning fee was their sweet spot.

Maintaining a 4.9-star rating doesn’t happen by chance. It requires you to be a responsive and good host. Jilan has the Airbnb host app on her phone, and she makes sure to carry her phone with her at all times.

Whenever an inquiry comes through, she connects with the guests immediately. Because of that, her response rate is 100%. People don’t have to wait to find out whether their stay has been approved or declined.

Even though renting out their tiny home has been a profitable and rewarding experience for the Wise family, that doesn’t mean it has all been smooth sailing. Jilan recalls a couple of occasions where their composting toilet and RV-style shower have caused problems.

There are booklets for their use, and Jilan also sends a reminder to guests to empty the urine bin daily. Otherwise, the overflow can end up in the solids bin, with raw sewage leaking out the gaskets. One guest failed to read the instructions and notice the indicator line. The result of which was a significant mess and an awful smell.

They also struck flooding with another guest who tried to fit two people in the shower. They snapped the pipe feeding into the faucet and couldn’t locate the shut-off valve. The bathroom, kitchen, and living room all flooded, and they had to carry out a full remodel in three days before the next guest arrived.

But even though there are going to be times when your tiny home Airbnb host experience is not the best, Jilan says, “I would definitely say go for it.” Not only do you get to meet new people and share your love for tiny home living, but you can make a profit on the side.

In 2016 Casper Schols designed and build a garden house as a hobby space for his mother. The innovative Garden House featured sliding timber...
Read more

Interior designer Katie Andersen of Parlour and Palm had always wanted to live in the most environmentally responsible way. So, when she and her...
Read more

Californian couple built their own tiny dream house on a $35,000 budget

Tony and Charlie Perez have been in the luxury home construction industry for two decades. So, you might think they, too, have a luxury...
Read more

Imagine being able to own that cabin in the wood you always dreamed of – then being able to turn it into a beachside...
Read more 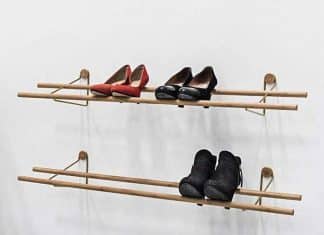 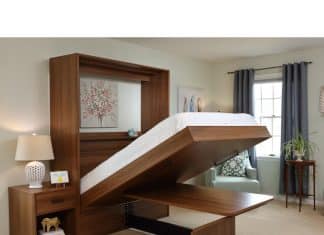 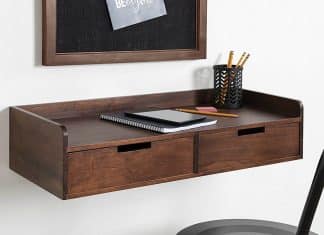