When a loving mother sends her children off to university or further study, she wants them to be comfortable and happy. With many inferior accommodation options, that’s not always a possibility. However, thanks to Transition Interior Design architects Margaux Meza and Carla Lopez, one young art student will be.

A Biarritz-based mother and son sourced a small Parisian apartment in a 1930s building to become study accommodation and, later, a pied-à-terre. Initially, the white 30m2 studio apartment had a poorly arranged kitchen and living space, outdated wiring, and a long corridor. While they were not able to remove the hall, they were able to make it work while transforming the remainder of the apartment in the process. 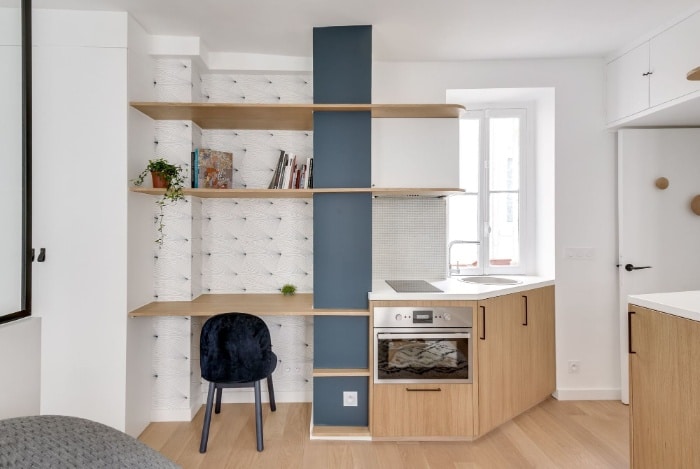 The kitchen made use of the technical duct by using the opposing wall as a study area, as well as making room for additional storage. The kitchen also had enough room for a fridge within modified IKEA boxes, an oven, and a sink with white laminate benching. The oak veneer doors then coupled beautifully with the blue and unobtrusive patterned wallpaper. 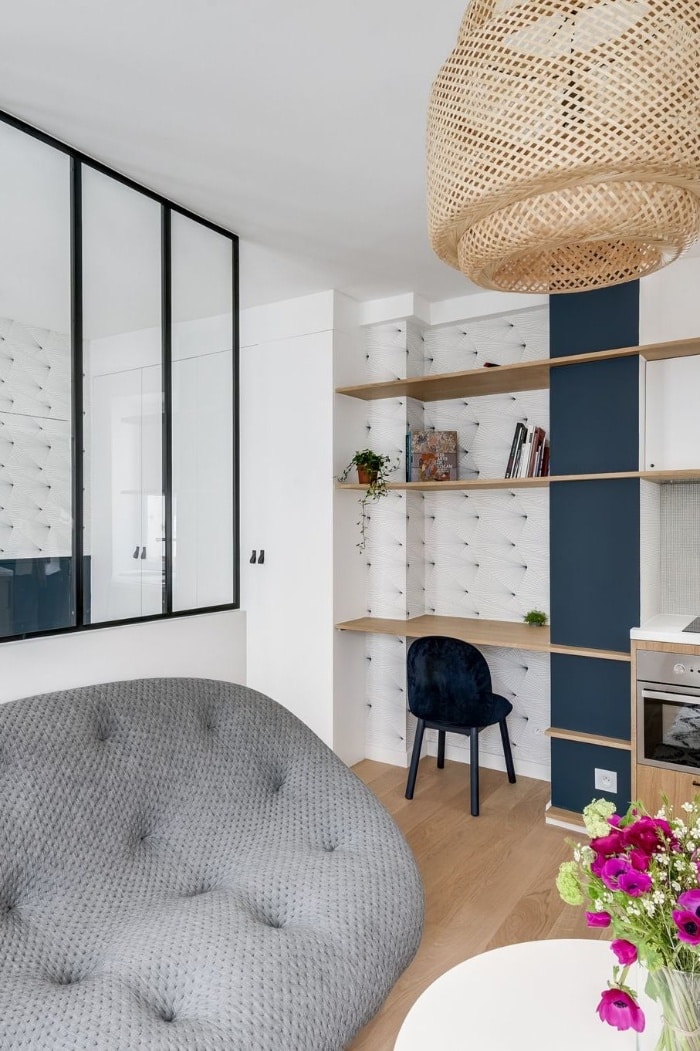 The technical duct separates the study area from the kitchen. 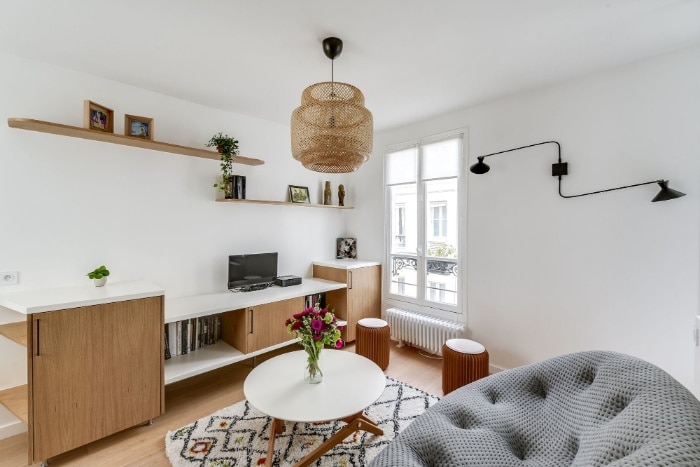 Adjacent lay the living room, making use of the same oak veneer cabinetry for both storage and a multimedia center. 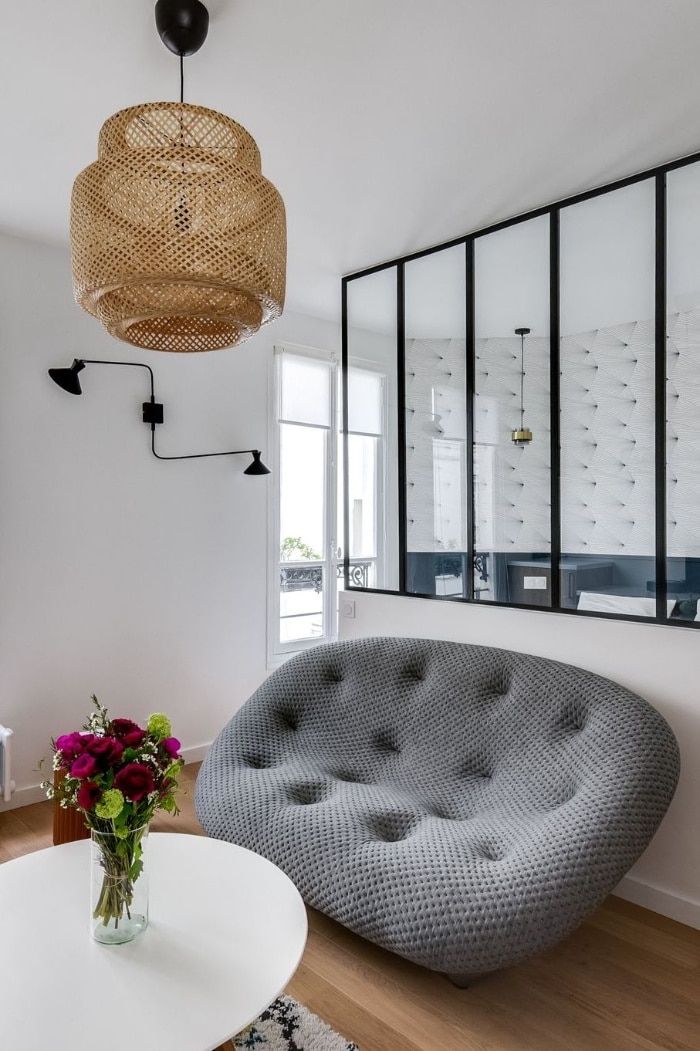 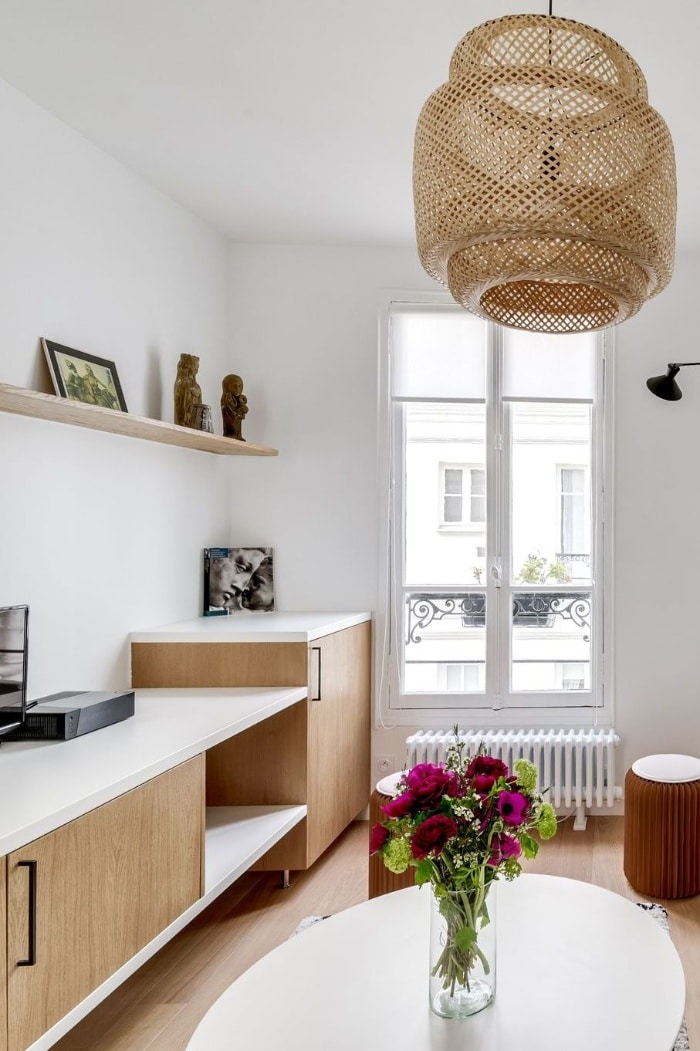 The living area also has two stools which were discrete and tidy while matching the rattan-style lighting. 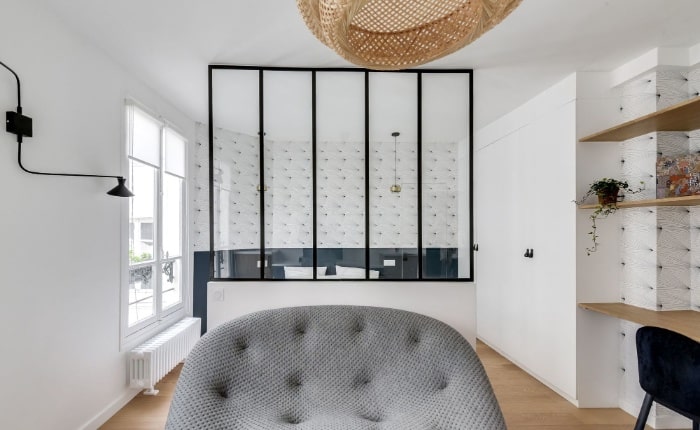 The mother and son duo also had one request, that the bedroom would have a full-size bed that didn’t fold away. Given the limited space for separation, it was a huge task but one that the designers made work. 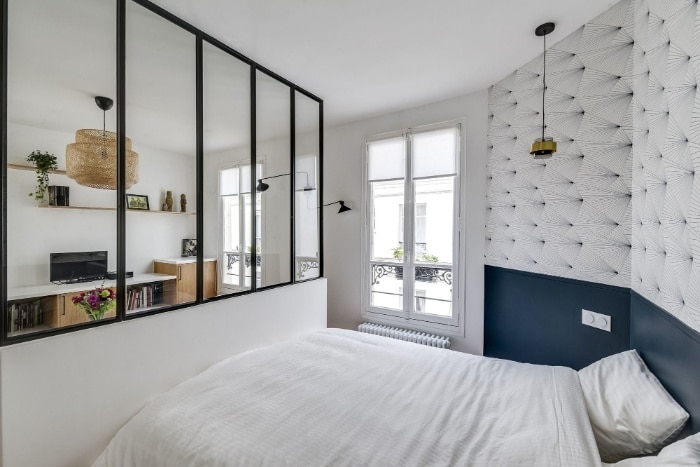 The designers included a double wall with glass and a full-size bed. 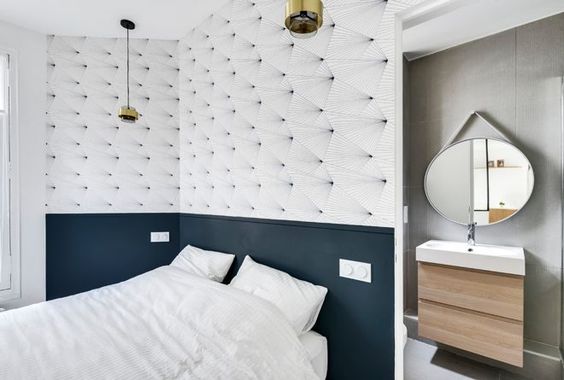 This area featured the same geometric and subtle wallpaper with touches of blue to tie it in with the living and kitchen space. 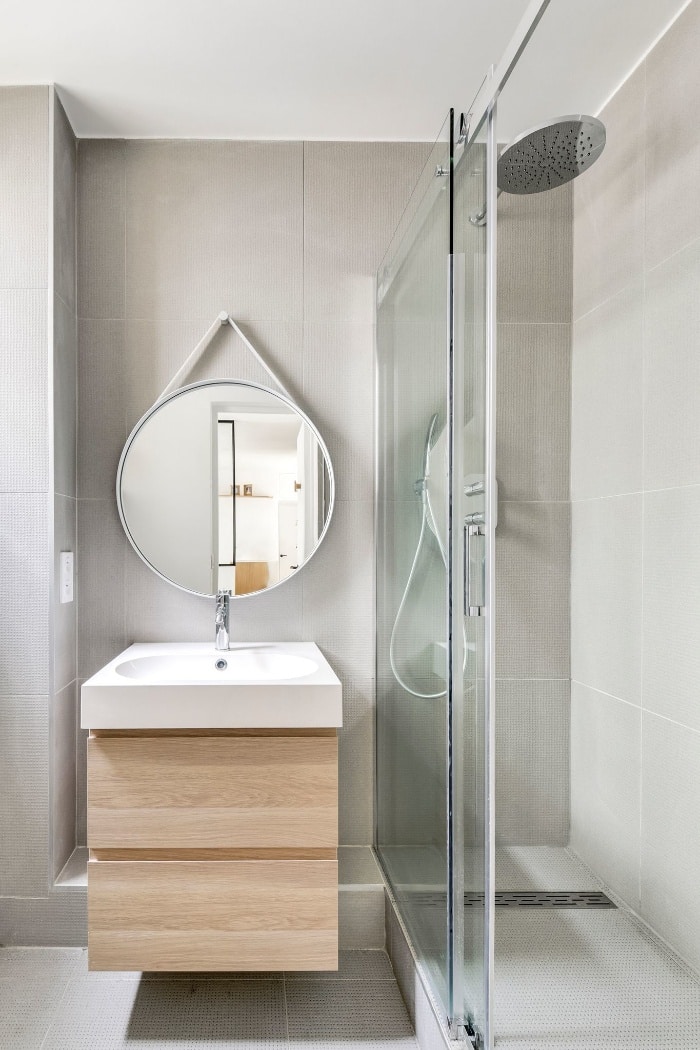 Finally, the bathroom underwent a significant transformation. It became a shower room with a 70 x 130-centimeter shower, hung washbasin, ample storage, and a suspended toilet. The designers even made room for a towel rail and non-slip tiles with hints of blue. The oak laminate cabinets also match those in the kitchen and living area to tie everything together. 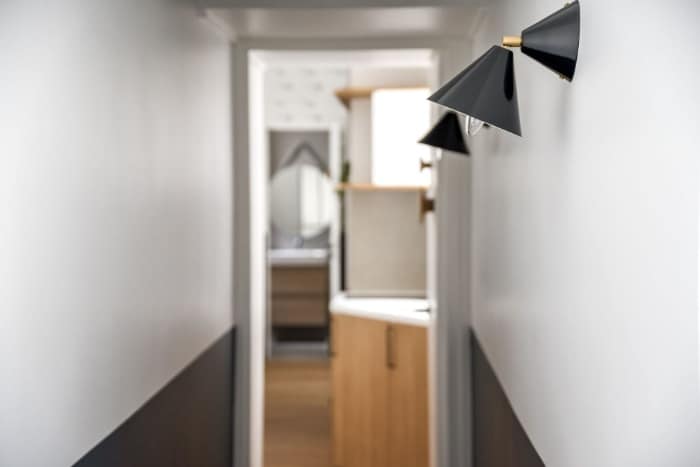 The long hall was one thing they could not change but made it lighter and brighter.

Read also: This student apartment makes you want to go back to school