This gorgeous teardrop trailer was built by Dave Moult, who back in 2008 got the brilliant idea to take a trip around Scotland accompanied by a teardrop trailer. Since he did not own a teardrop, he built his own, and a new passion was born. He never got to go on the trip, well not yet anyway, but since then he has built six trailers, the latest in the steampunk style, a style that incorporates technology and aesthetic designs inspired by 19th-century industrial steam-powered machinery. It is often mixed with fantasy elements.

The six trailers he has built so far have different kinds of styles:

“Most of them are aluminum clad and not really steampunk, although the second one has a few little bits that might be considered steampunk.” 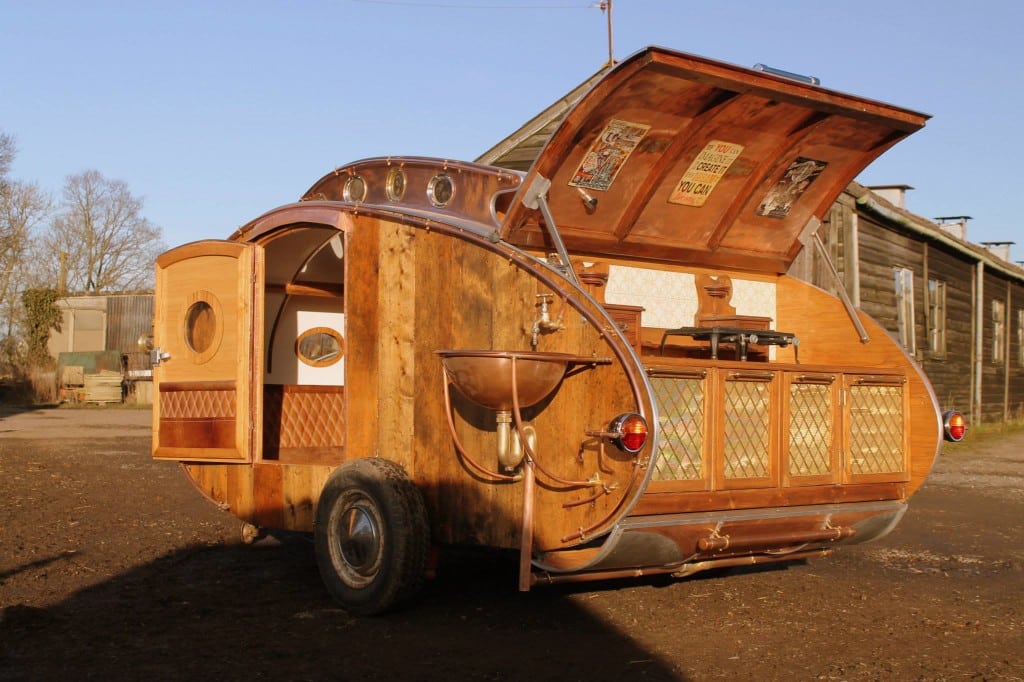 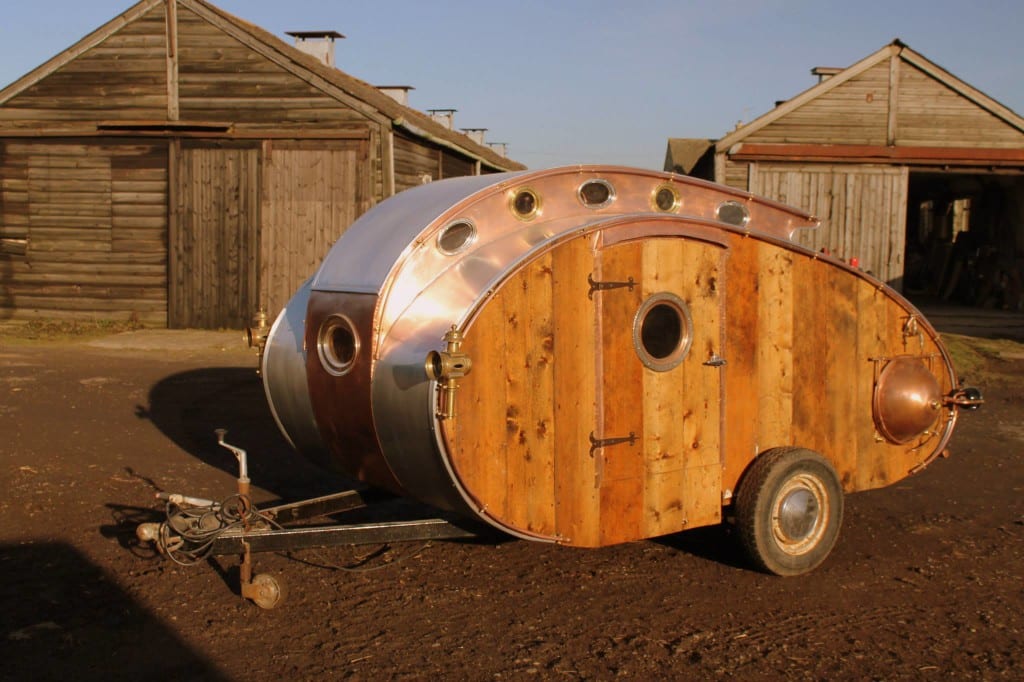 Dave Moult loves natural materials that seem to be ageless, such as the look of mixed metals and the use of leather and wood. Most of the parts for the teardrop trailer have been discarded by others, or found at car-boot sales. He has found many bits on eBay too. The trailers do not cost very much in materials, but the hours soon add up:

“Mambo, my fifth build, took 10 three-day weekends to get to a campable state and another couple of weekends to finish it. Our current build started in August last year and has had hundreds of hours put into it so far, and we still haven’t finished.”

“If the trailers are well maintained, they should be considered an investment, but most of my trailers are still with friends and family, because I don’t like to see them go.” 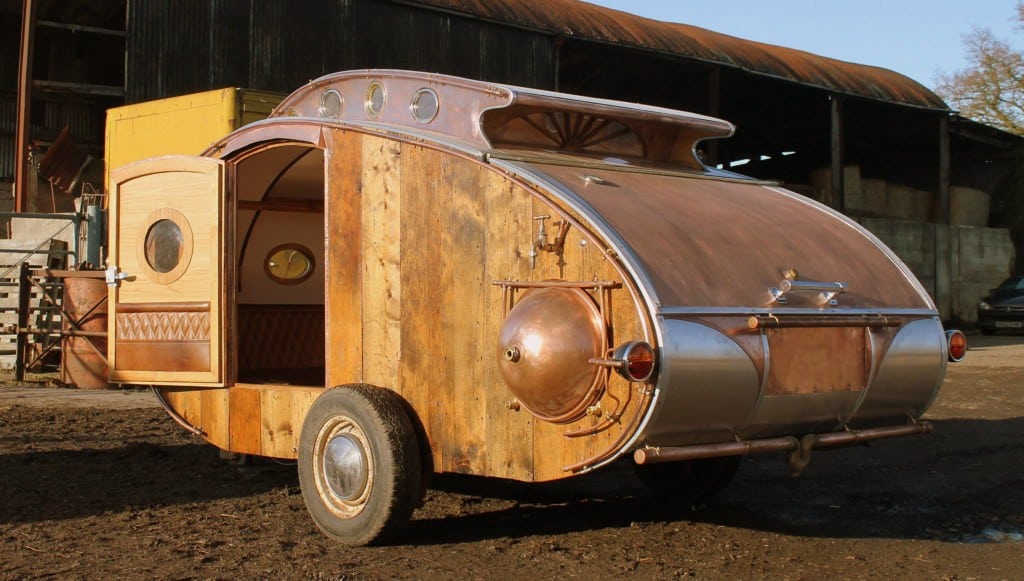 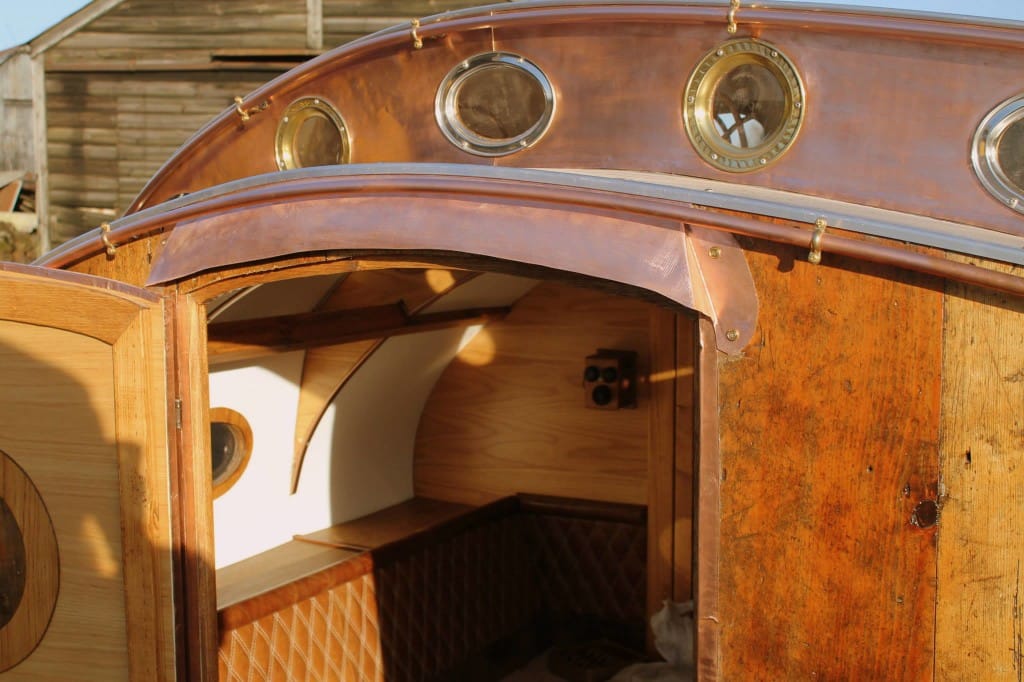 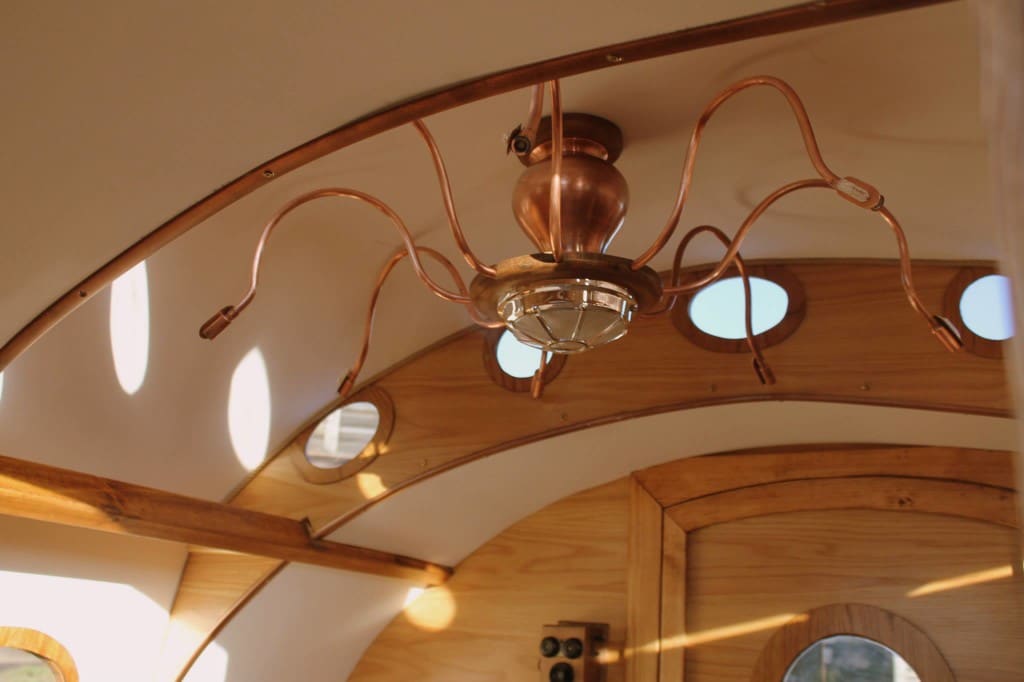 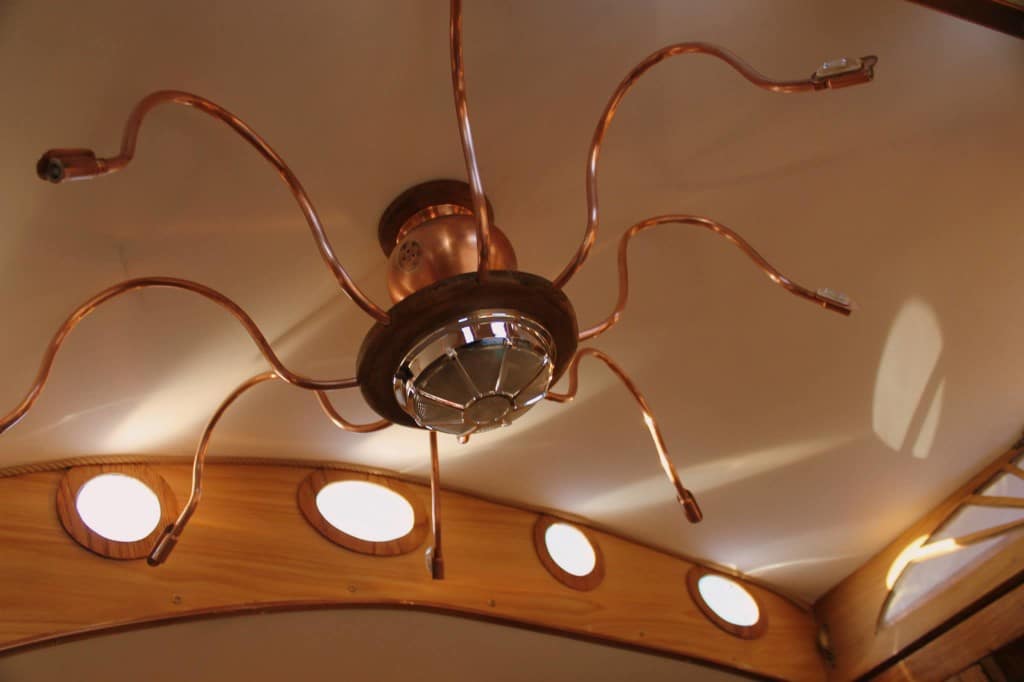 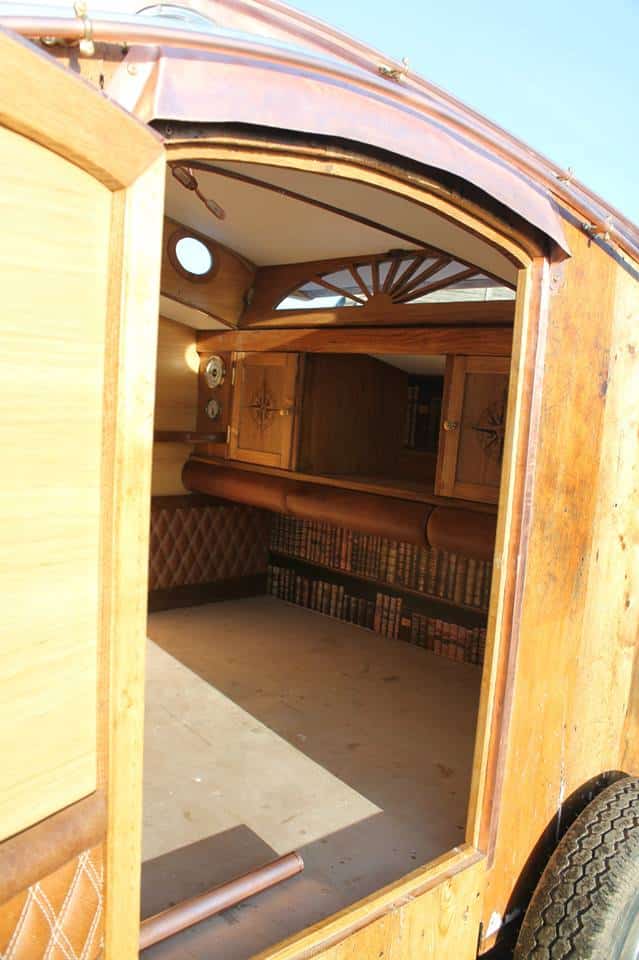 The process of building his steampunk trailer was long in the making:

“The build was in my head for a few years, or some aspects of it at least. Some bits evolve as we’ve progressed. Trying new things is all part of the fun of creating. The library wallpaper just fits in to add more of the feel we like. This is the first time we’ve used leather in a teardrop, and with the help of Chris at Retro Retrims, we were able to create all the leather panels from an old sofa we bought for £15. The light was made from an old coffee pot and copper pipe. We seemed to have so much space in the top of the trailer that I felt it needed something different.” 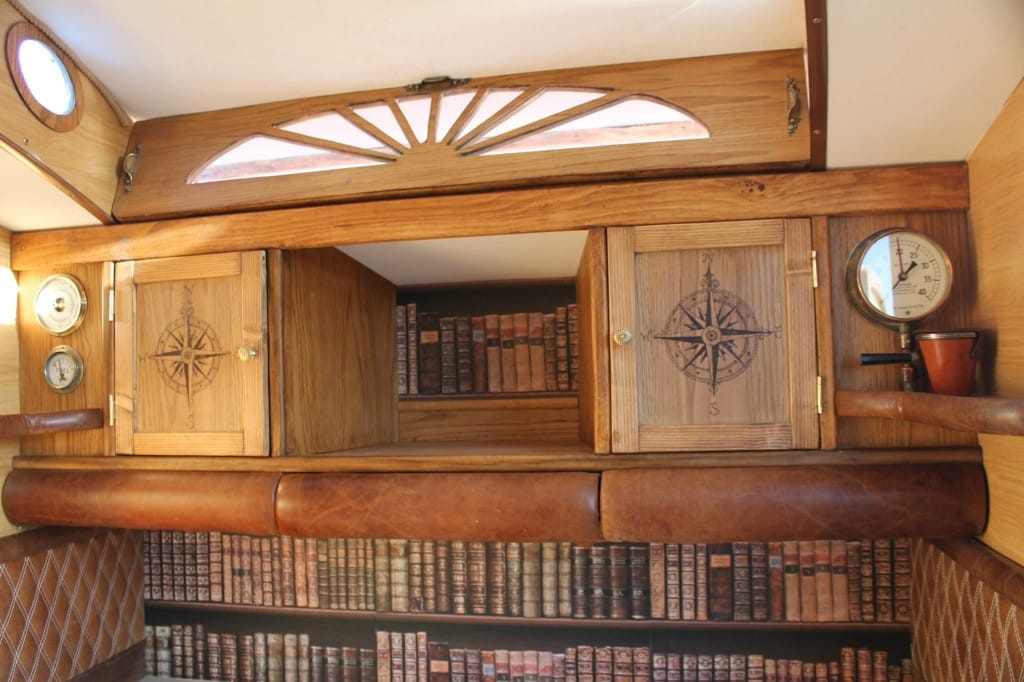 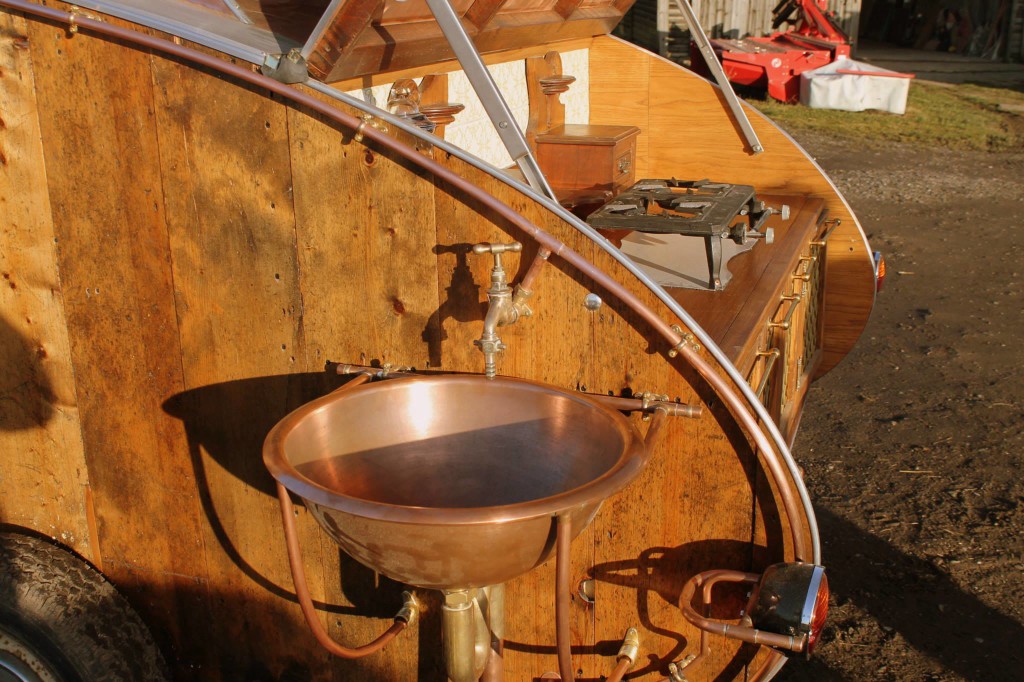 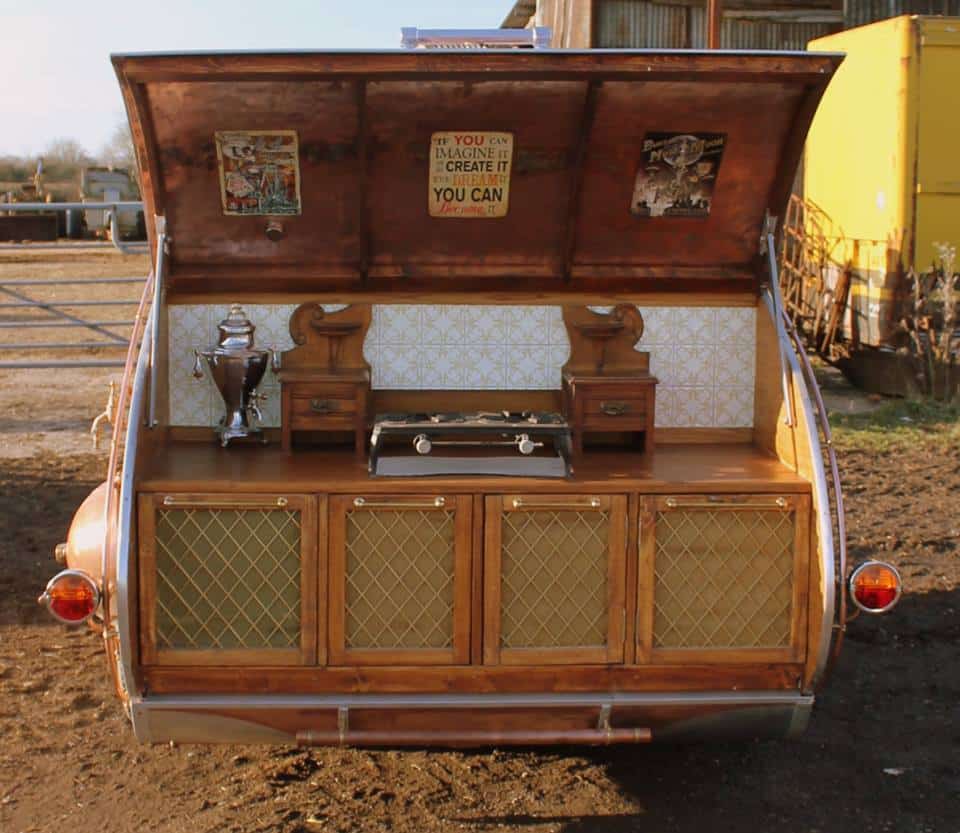 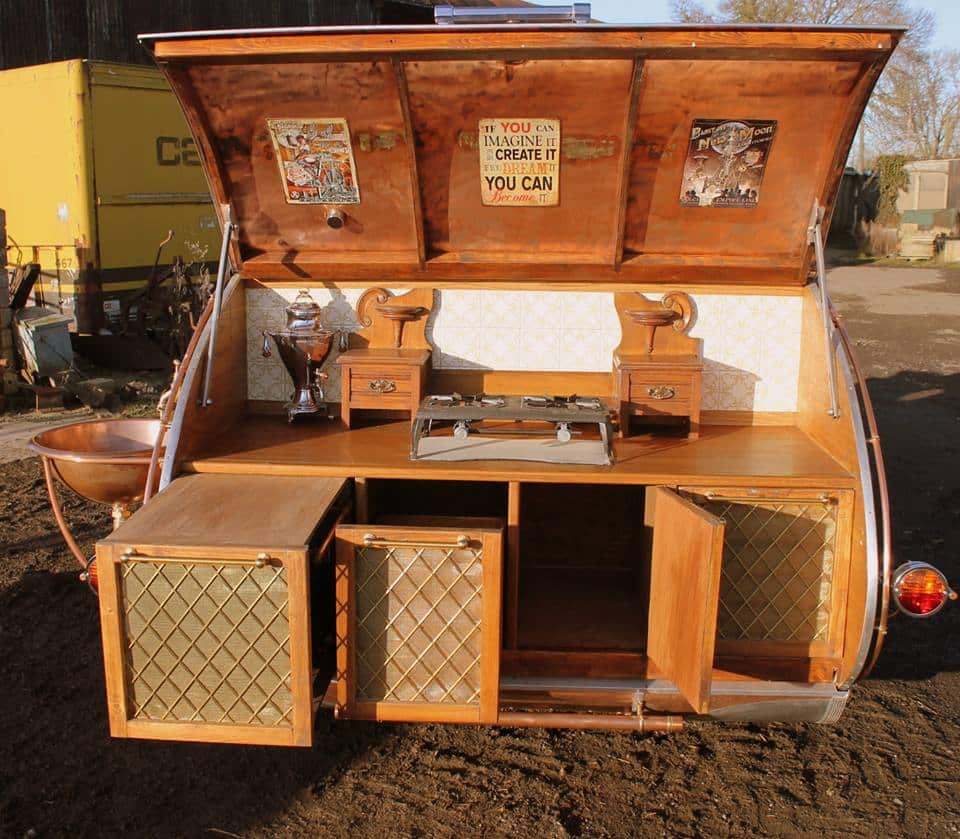 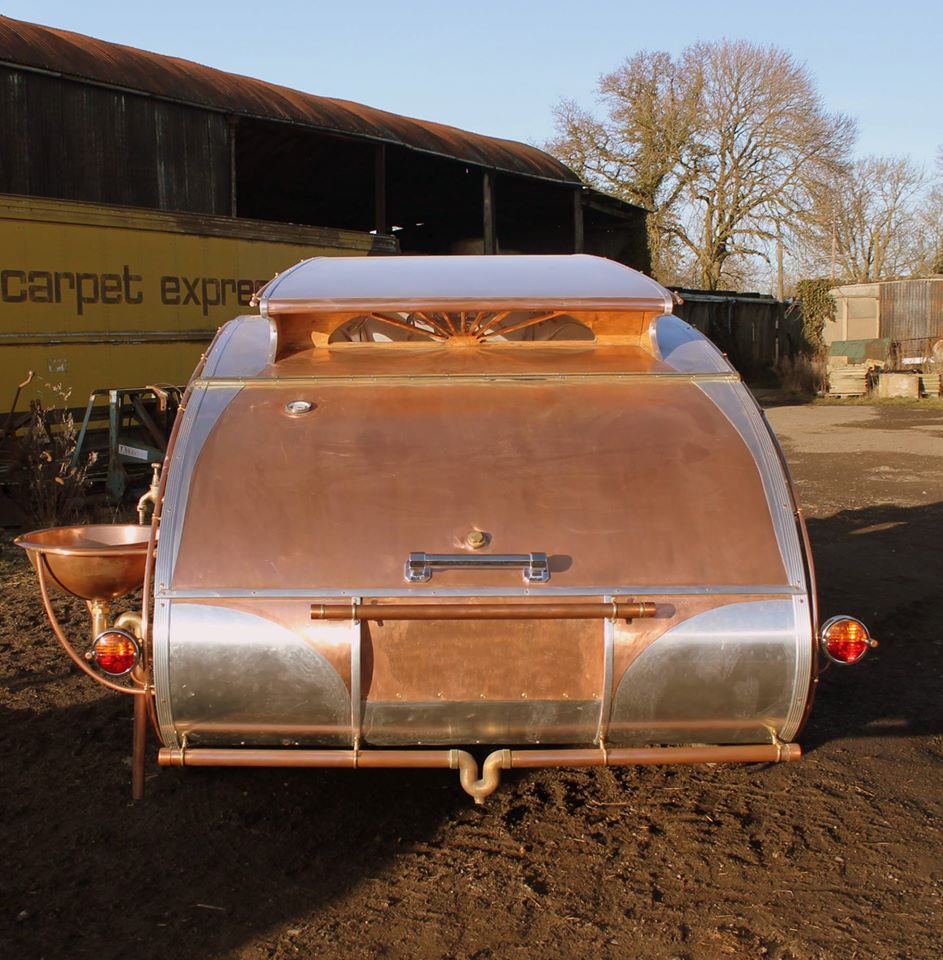 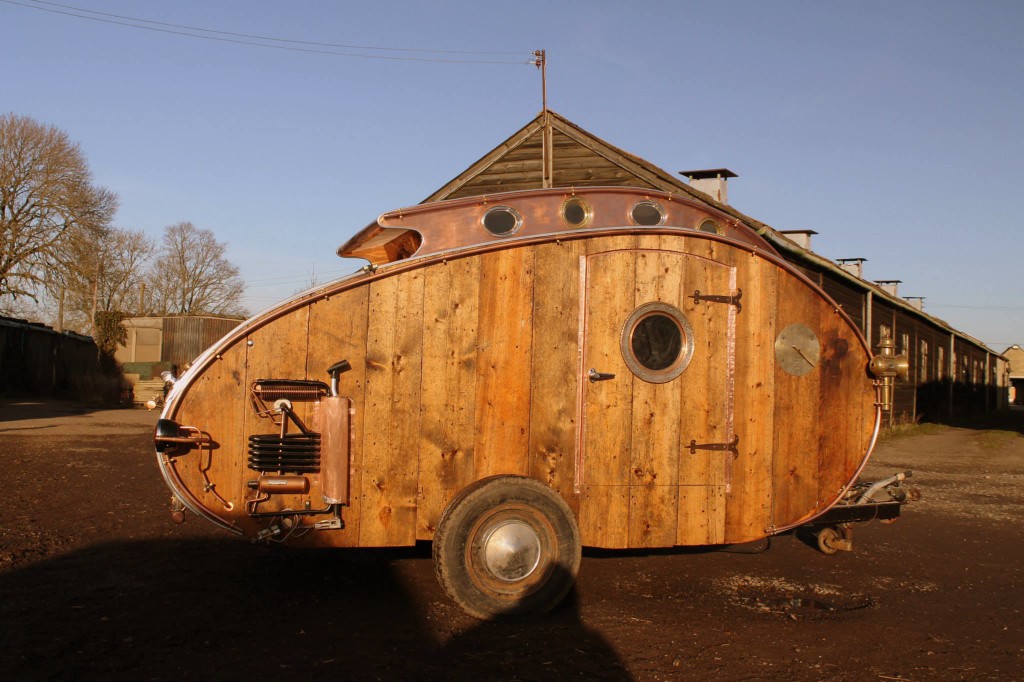 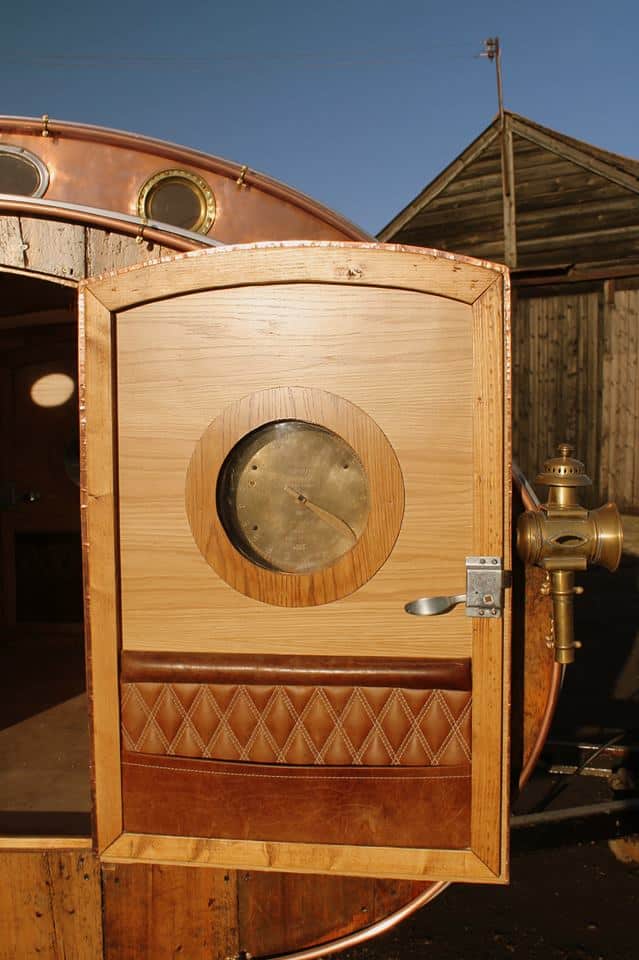 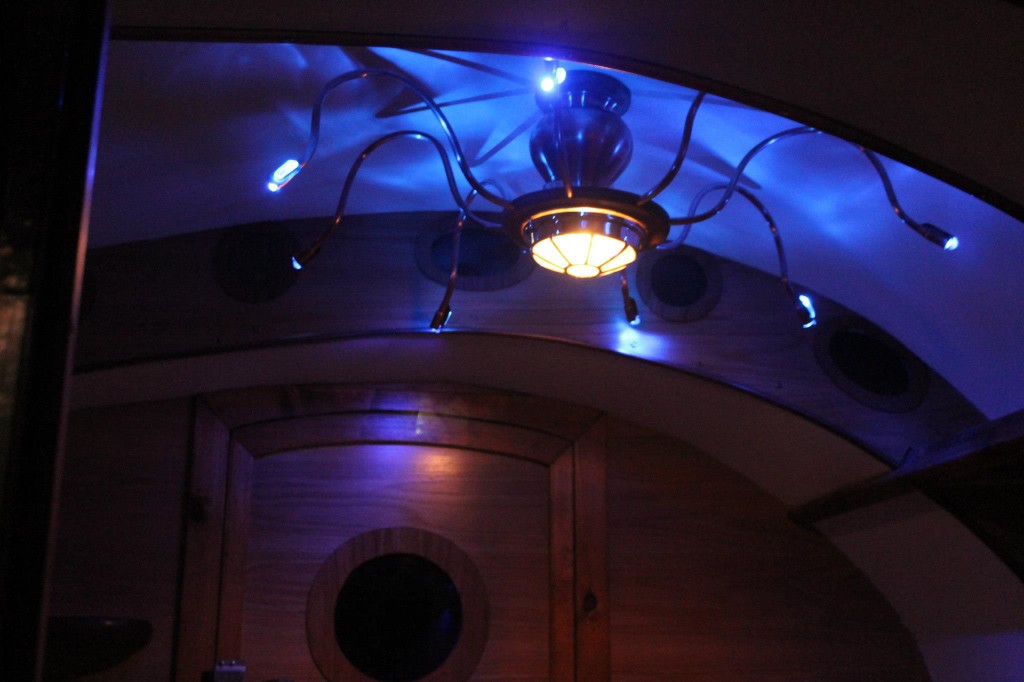 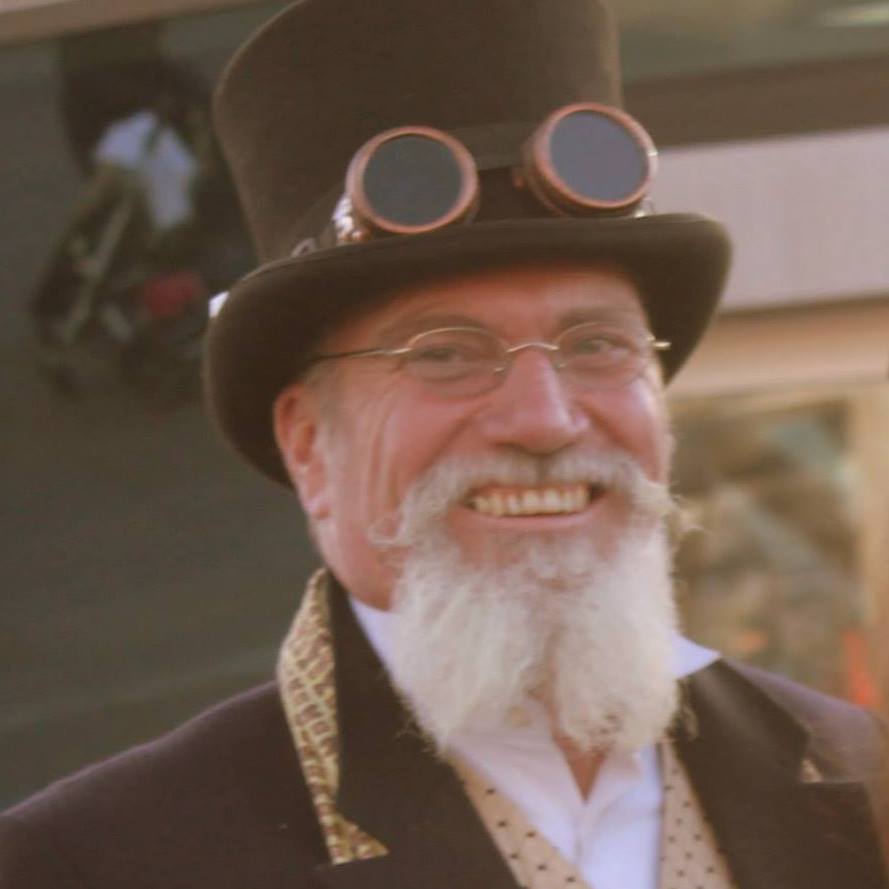 If you are interested in building your own teardrop trailer, Dave Moult suggests taking a look at the many useful online forums or contacting friendly teardrop builders who likely are more than happy to share the knowledge they have gained. Do your research before committing. Join the Facebook group The Teardrop Club of Great Britain and check out the forum: www.tnttt.com. 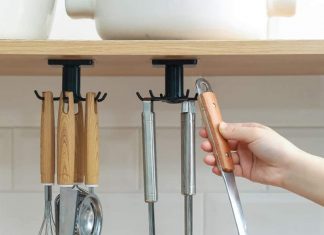 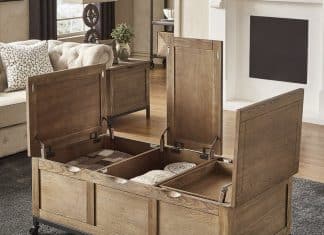 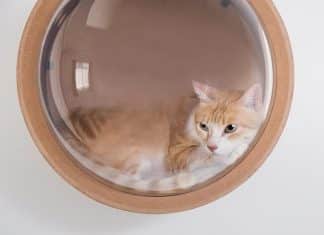 18 amazing pet furniture ideas that are perfect solutions for small... 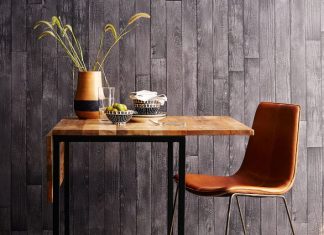 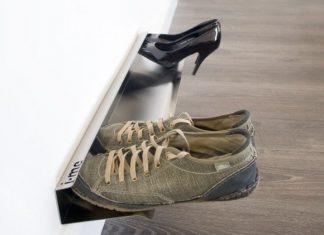 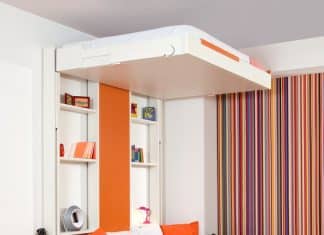 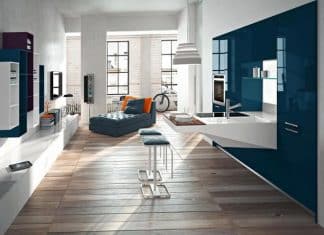 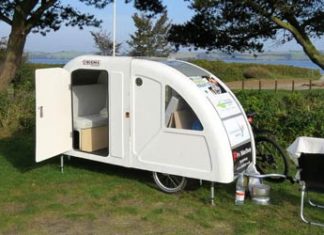