Before we get into the details of this beautiful 1962 40-foot Western Pacific Airstream, it’s important to understand why it’s such a special trailer, and why the current owners wanted to undergo such a significant challenge to make it into something beautiful. In 1962, The Western Pacific Railroad Company hired Airstream to construct ten 40-foot trailers as railway laying crew accommodation. These trailers differed from other Airstream units in that they were symmetrical from end to end and manufactured by riveting two 20-foot trailers together down the middle.

In 1989, the Airstreams were removed from their flat cars. Two were destroyed, two went to railroad museums in California, and the rest were sold at auctions around the country. For a family to end up with one is quite extraordinary, and even more so when they wanted to entirely restore it. Timeless Travel Trailers were given this task, with the Airstream to end up as a vacation residence. The owners wanted it to have a wide open feel, a large galley, and mid-century flair. Timeless Travel Trailers more than delivered. 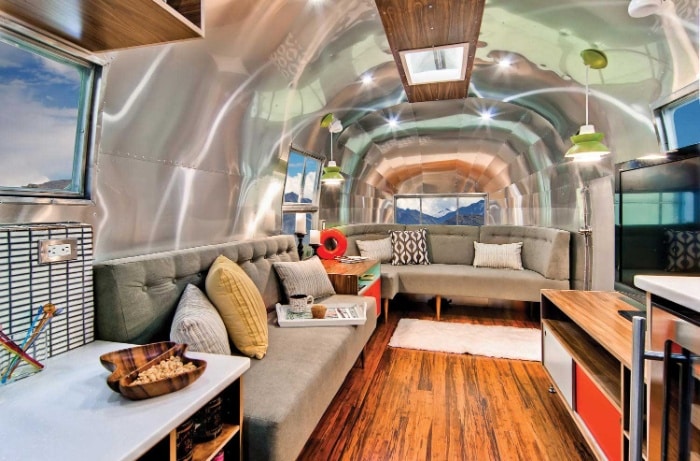 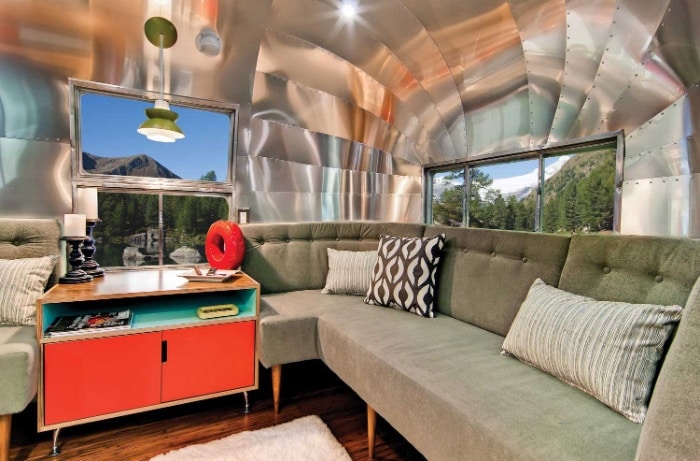 At one end of the symmetrical 40-foot trailer sits the living area, made up of an L-shaped sofa contrasting beautifully against the warming hues of the wood. The aluminum skin encompasses this area and adds that mid-century charm the owners preferred. 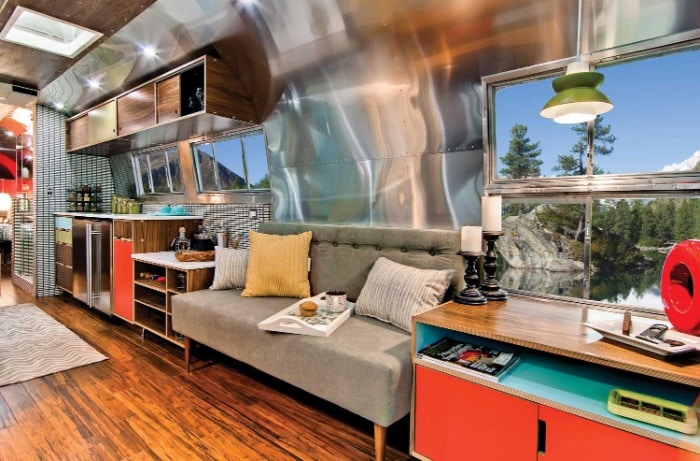 The long and narrow Airstream trailer was traditionally two 20-foot trailers stuck together with rivets.

In the spacious kitchen and dining area, there is plenty of storage, places to cook, and plenty of room to eat a meal too. 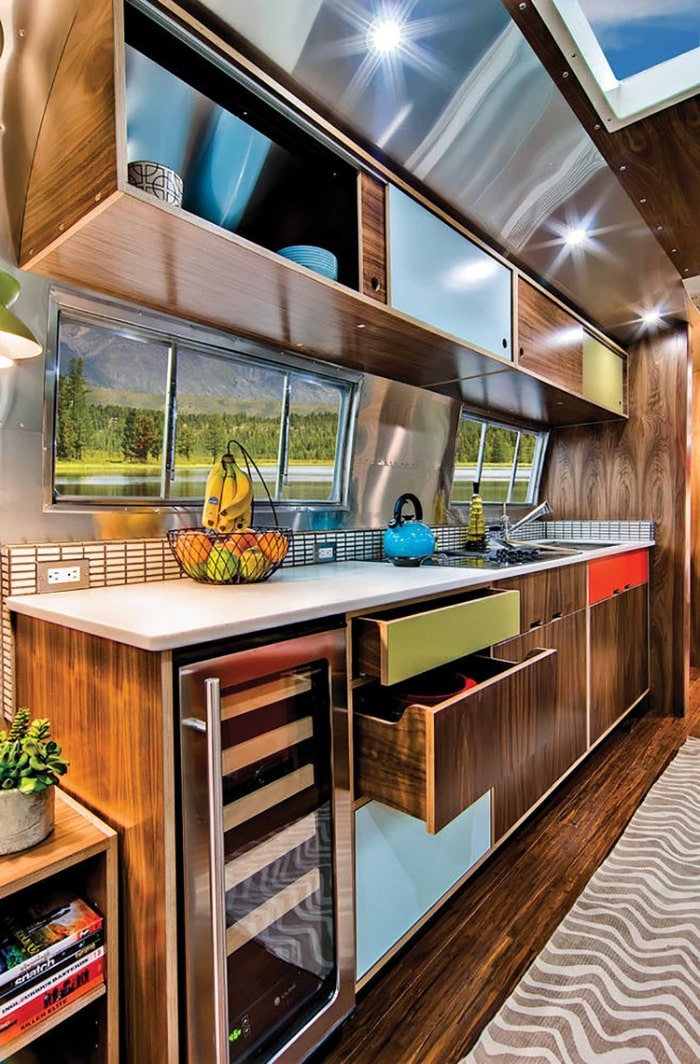 On top of the cabinetry sat white counters which were sleek, stylish, and reflected white to enhance that feeling of space and airiness. 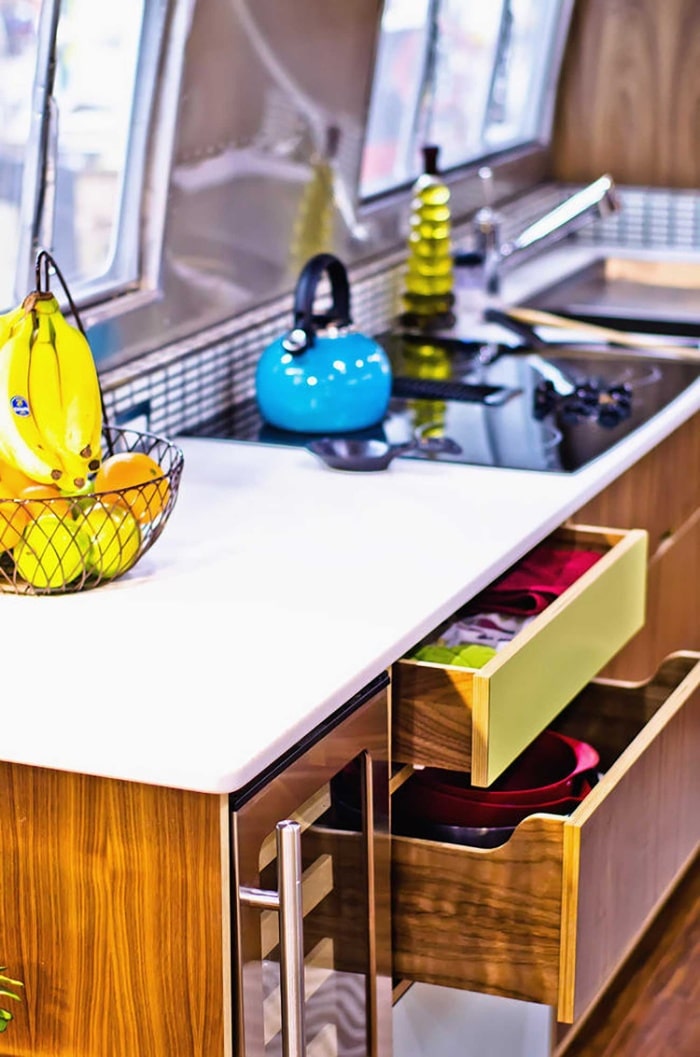 The Airstream kitchen is functional like any home kitchen. 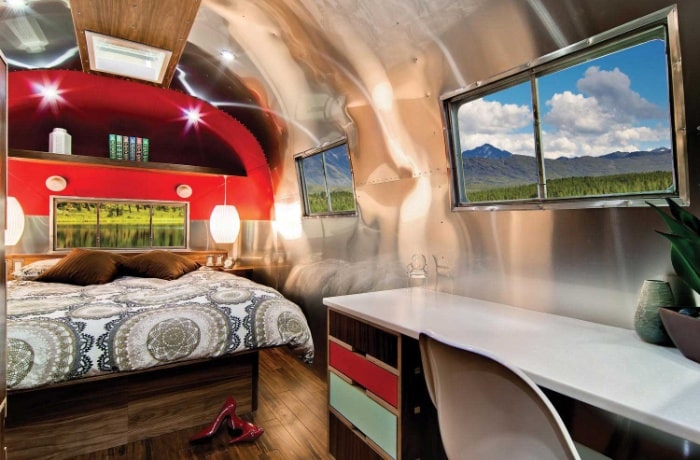 The bedroom is cozy, with room to work too 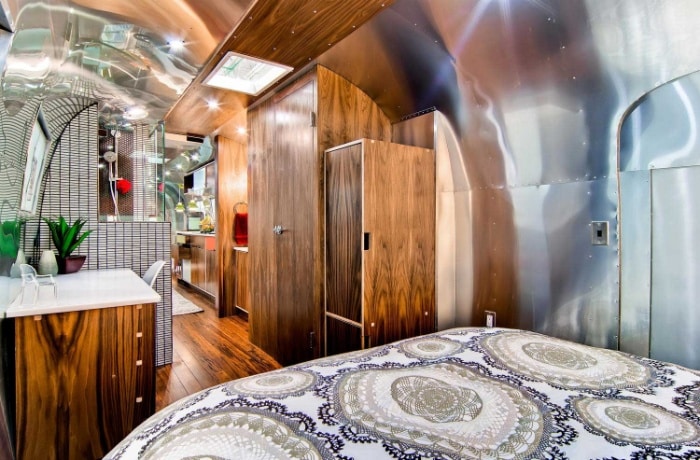 The bedroom and bathroom look over the remainder of the trailer. 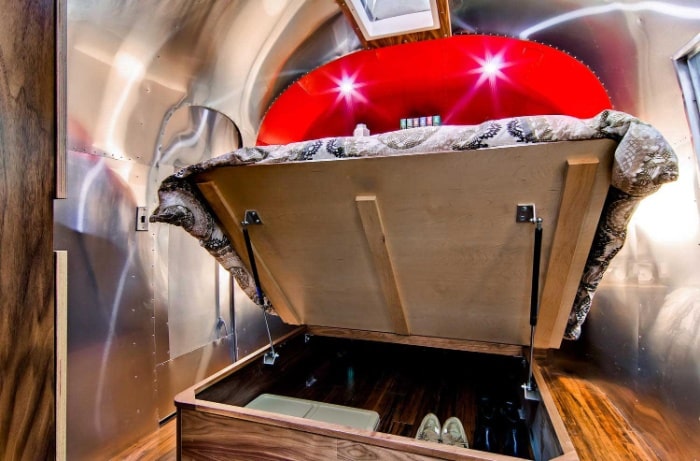 There’s no lack of storage in this Airstream. 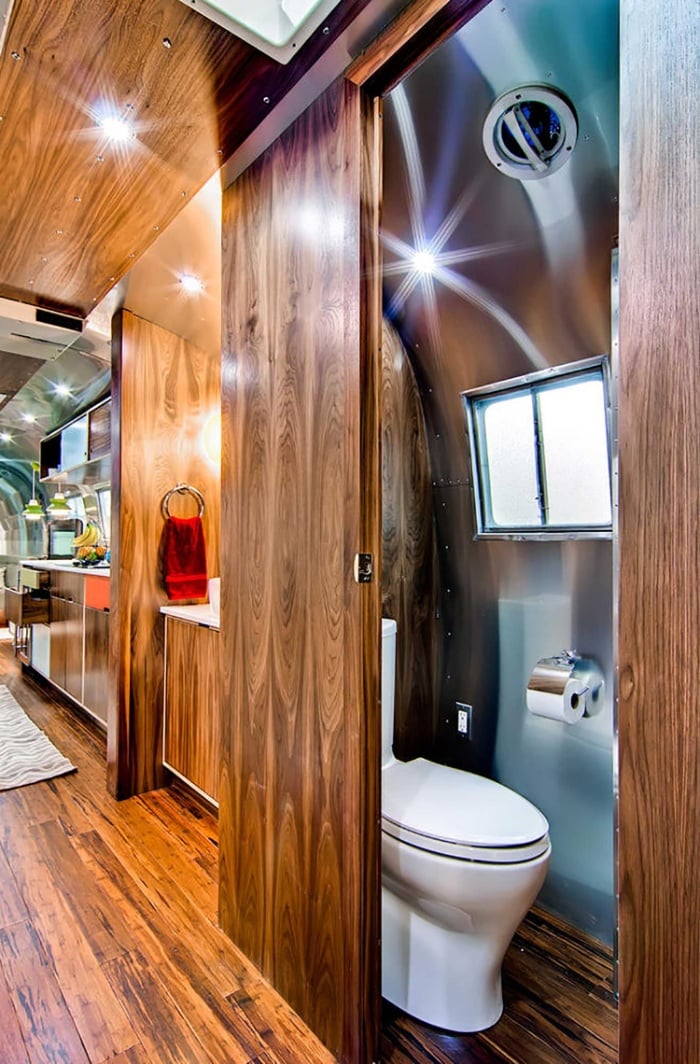 Tucked away out of sight is the bathroom, which is functional, cozy, yet contemporary and sleek. It takes on the same mid-century styling as the rest of the trailer.

The bathroom is surprisingly uncramped. 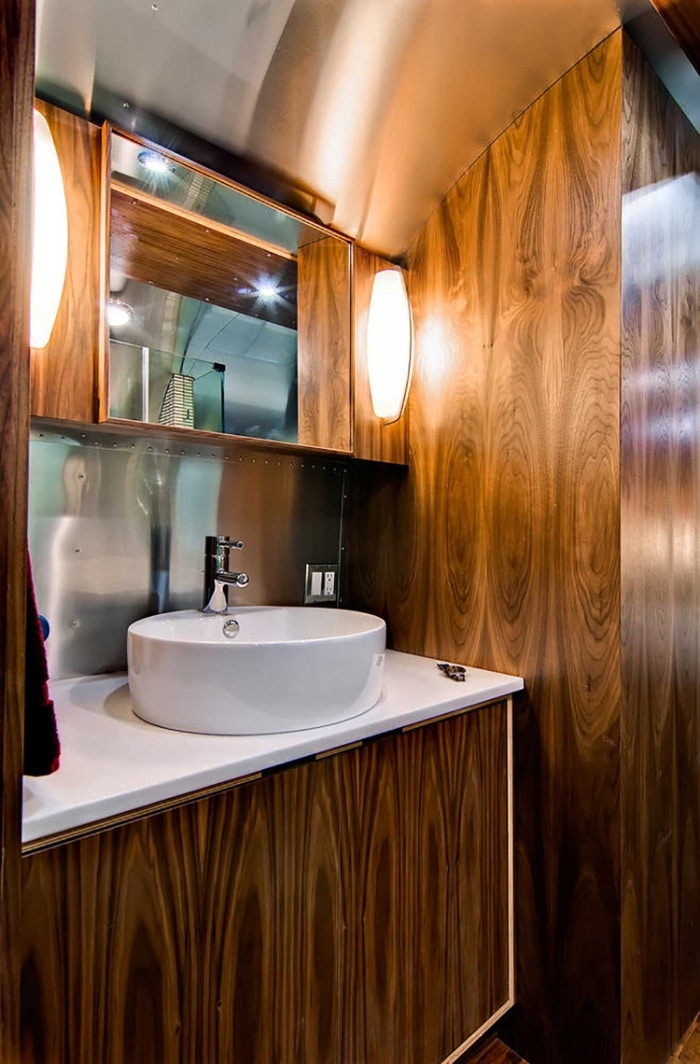 The mid-century styling of the trailer carries on through to the bathroom. 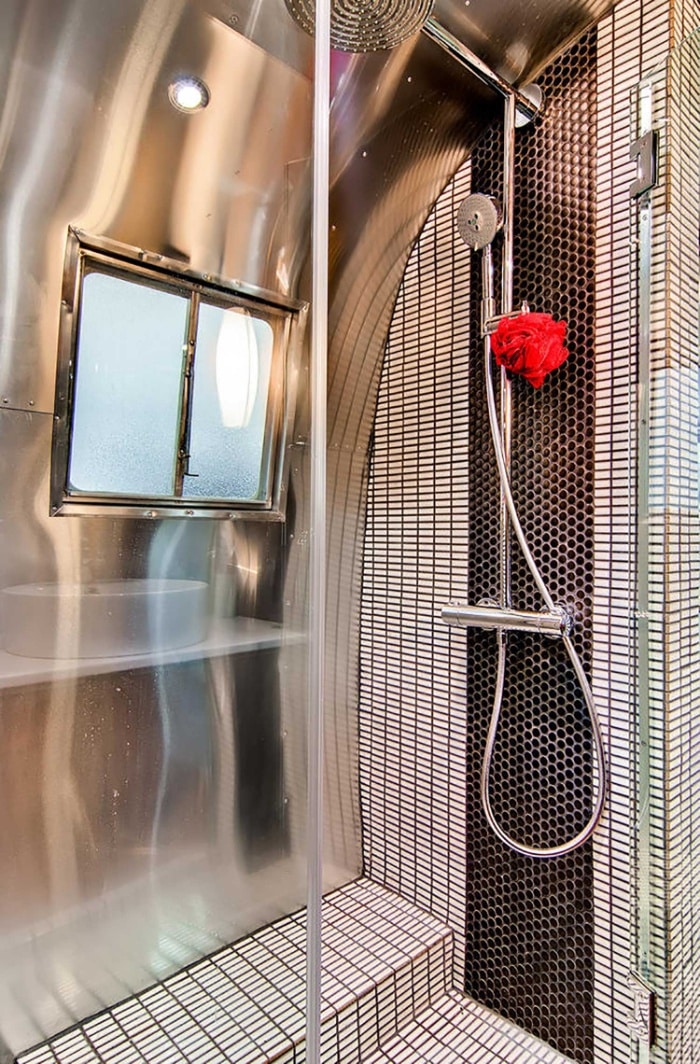 The galley, toilet, and shower then all shared the same, stylish ceramic backsplash to tie the entire trailer together.