To look at the dilapidated, worn-out 14m2 studio on Boulevard Victor Hugo in Clichy, France, you might not think it could be saved. Or, if it could be, it was bound to cost more than it was worth. But as it turns out, it was more than possible, and interior designer Marie-Sophie Donnedieu was able to transform it for just €25,000.

The goal of the renovation was to turn the once poor-condition space into a “comfortable haven of peace”, so it could be rented out. With a beautiful touch of terracotta, solid beech finishes, and some ingenuity, it was ready for its new tenants to move in.

When Marie-Sophie Donnedieu got to work, she realised straight away that nothing could be salvaged. Imitation wood flooring was in poor condition, walls had water damage, and everything was worn, broken, or dated. Marie-Sophie would have to start from scratch to create a functional space with tailor-made solutions.

But while she was able to create a functional studio for someone to call home, she went one step further and turned it into a home akin to one you’d see in a home and garden magazine. 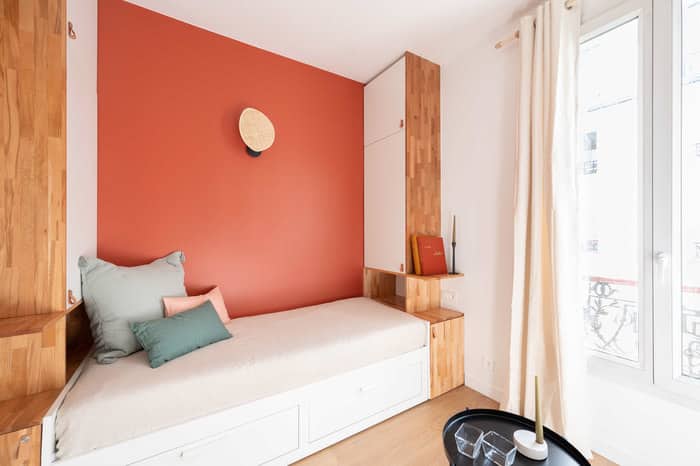 Interior designer Marie-Sophie Donnedieu created a warm terracotta feature wall in the 14m2 studio in Clichy, France, partnered with beautiful solid wood finishes. She then tied this look together with natural, white, and neutral tones.

The central part of the home has a daybed that turns into a sleeping area with a 160cm bed. Underneath are two large drawers for storage. 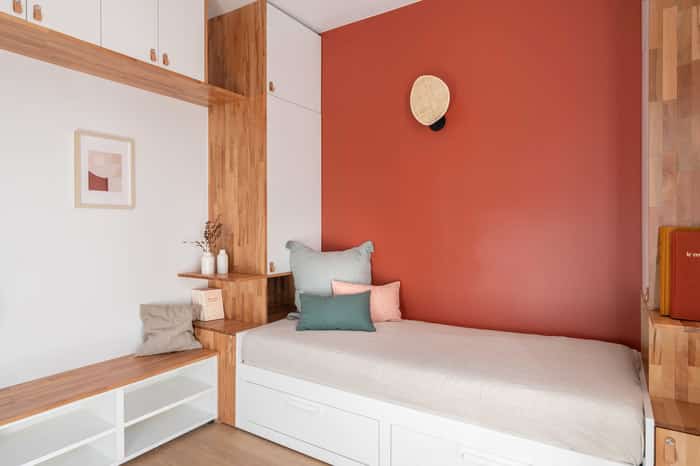 Marie-Sophie gained all her inspiration for the remainder of the studio with her design ideas in the daybed area. She made use of powder pink of terracotta complemented by soft tones for a relaxing atmosphere.

The inclusion of a woven rattan wall lamp added a natural element that blended in beautifully with the terracotta feature wall. 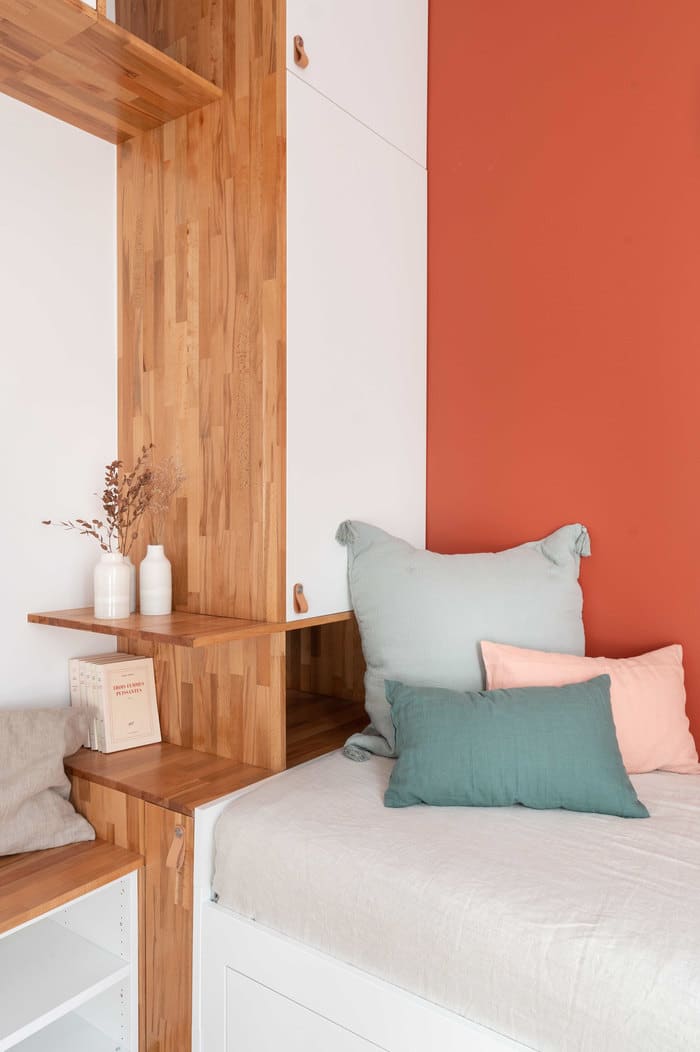 Storage can be tricky in such a small space, but Marie-Sophie was able to maximise it. She included two custom-made structures that could act as bedside tables, a library area, or a wardrobe. Under the shelves is a storage space for suitcases and bags. 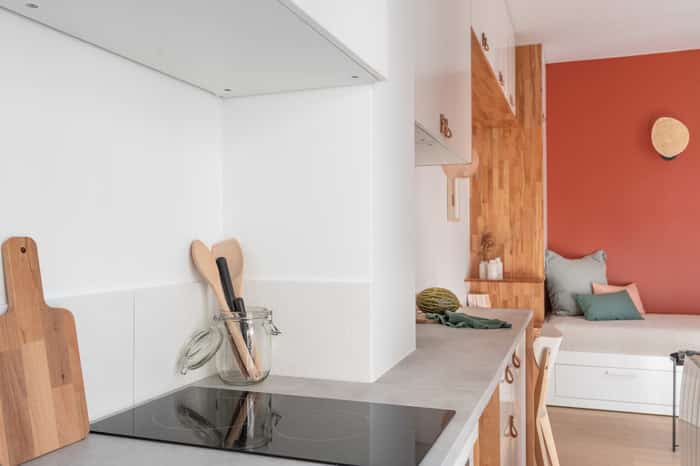 The contemporary elegance of the kitchen is both clean and inspiring. An element of nature has been brought in with rawhide handles. What’s more, the stone-effect worktop adds a hint of warmth that can be missing with modern cabinetry. 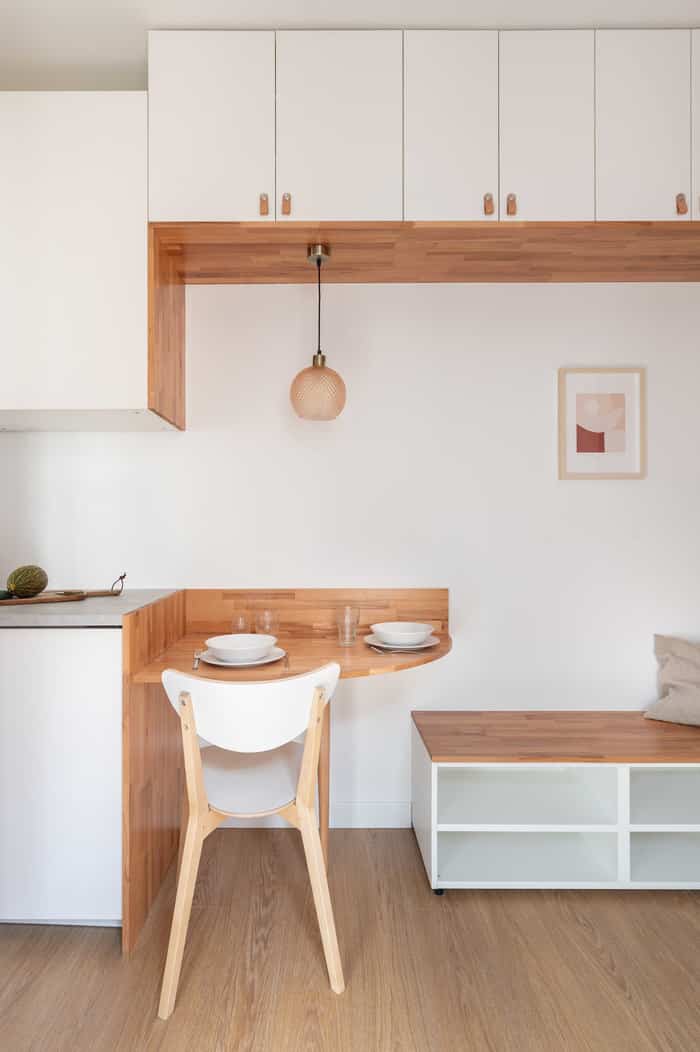 No stone has been left unturned in creating a functional space for the tenant. At the end of the kitchen bench is a custom-made beech table that links the living area to the kitchen. Cabinetry finished in solid beech also provides much-needed storage. 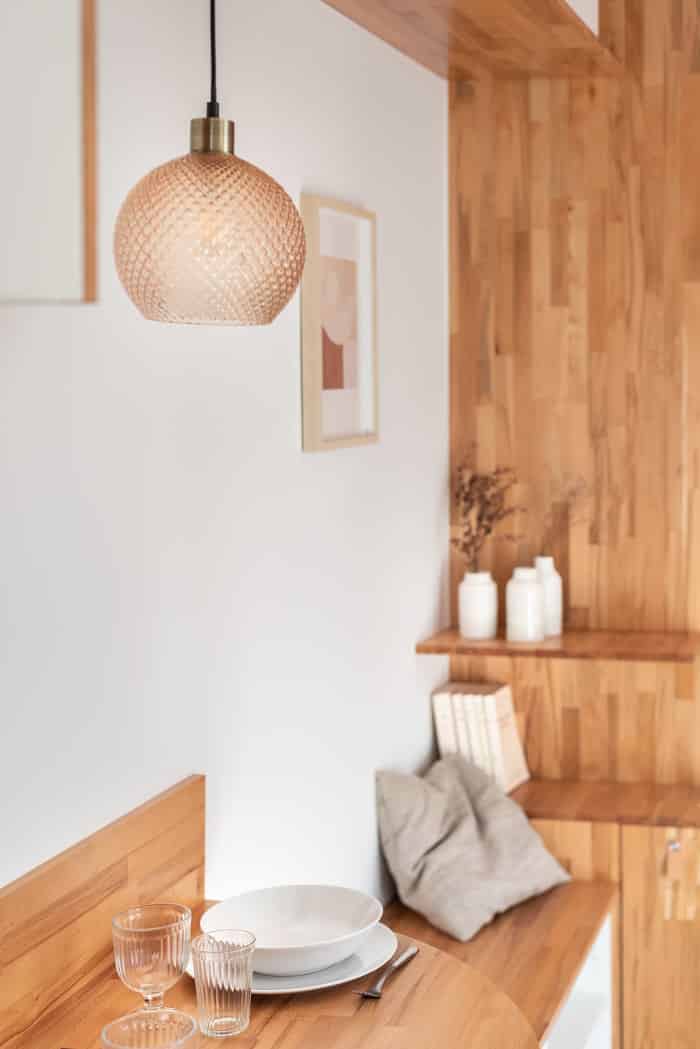 The strong beech wood theme throughout could offer the illusion of darkness, but contrasted against white; it has the opposite effect. 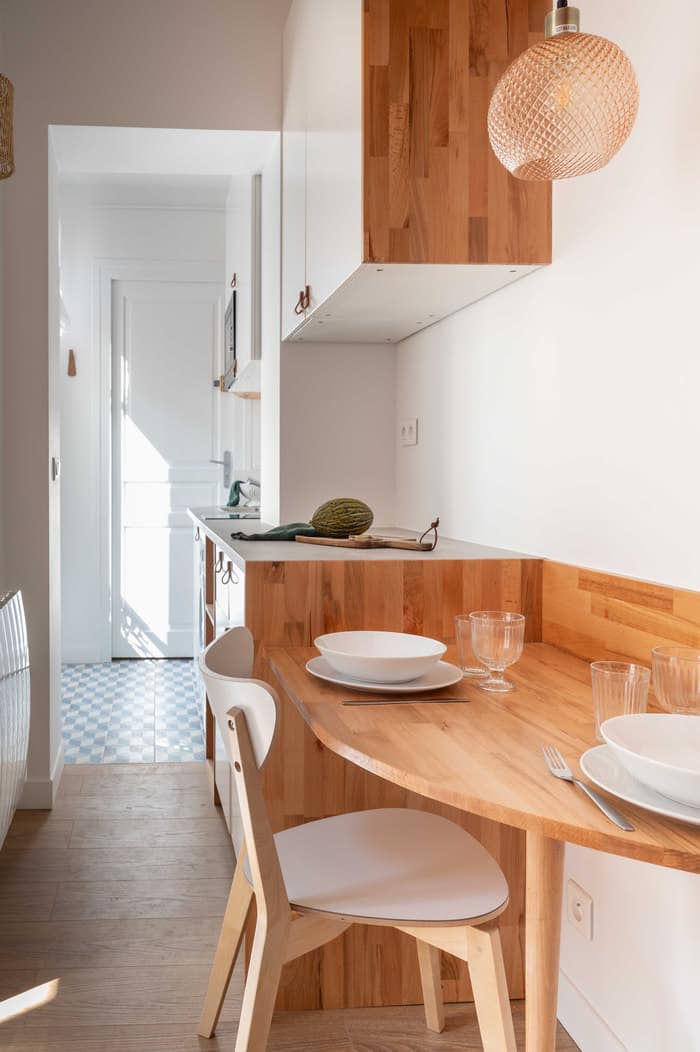 Before the renovation, the kitchen only had a sink and small hob on the worktop, making workspace a real problem. There was also no space for a fridge and washing machine. Marie-Sophie extended the kitchen into the living space with a load-bearing wall to incorporate as much space and functionality as possible.

However, there’s a dividing line between the living room and kitchen courtesy of oak laminate flooring against cement tile-effect tiles. 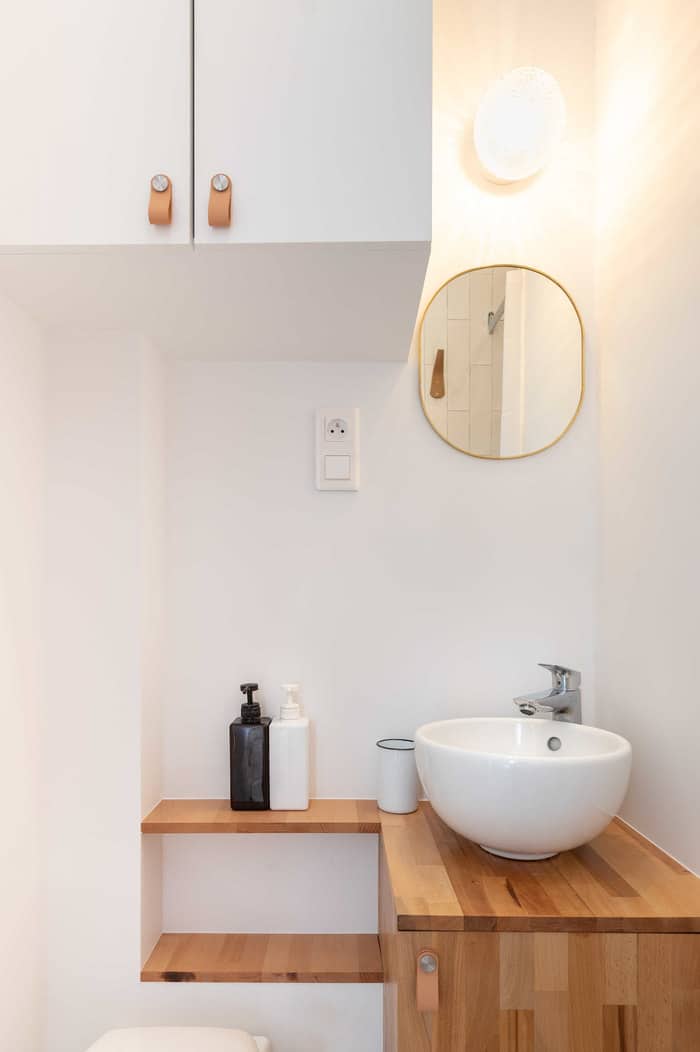 The old shower room was no longer fit for purpose. Marie-Sophie redesigned the entire 2m2 space with a 90 x 70cm walk-in shower, white Zellige-effect tiles, a toilet, and a hot water tank in a custom-made cupboard. 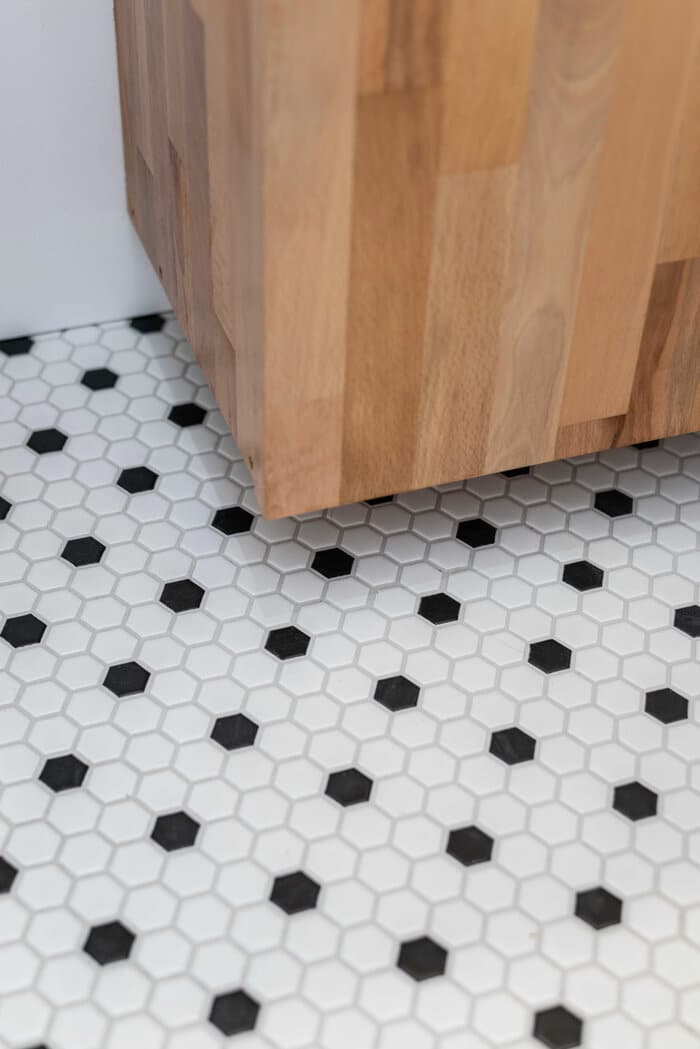 A retro aspect is welcomed into the studio with black and white hexagonal mosaic flooring.